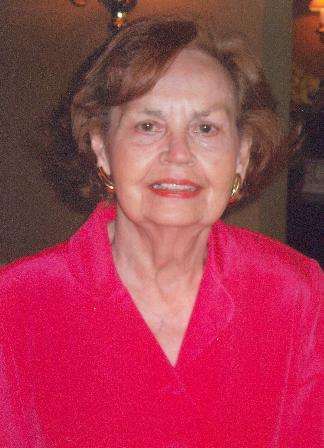 Remelmeyer, Rebeckah Ruth, a 66 year resident of Torrance , passed away on Tuesday, September 9, 2014 in Torrance. Born Beloit , Kansas, Rebeckah was 88 when she died. She grew up in Phoenix AZ and moved to Southern CA in 1948. She once remarked that she had been able to do most of the things she had dreamed about in childhood and even more that she hadn't even thought about. She went from jitterbug queen to pin-up girl, from wife and mother to being one of the first women deputy's on the Los Angeles County Sheriff's Department. She liked her décor clean and white , she liked her skirts short, her Levi's tight and her lipstick Cherries in the Snow Red. She never met a book or a box of See's candy she didn't finish. She loved all children and most people in need. Rebeckah is survived by her relatives and the extended family she created by love; (Children) Jamie Ruth, William Dele and Karen,(grandchildren) Michael James, Sarah and Kate, (great-grandchildren) Alexandra, Matthew, Nicholas and Deva. The Service were held at St. Lawrence Martyr Church on Friday September 12, 2014 at 12:00 PM and a reception followed in St. Lawrence Martyr Hall. She will be laid to rest at Riverside National Cemetery with her husband Stanley Edward Remelmeyer.