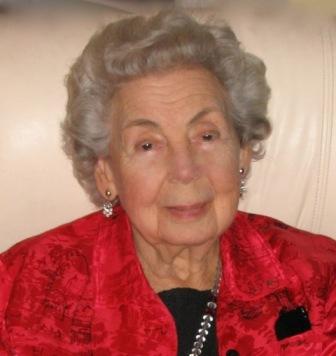 Rebecca O. Smith Rebecca passed away April 23, 2012 in Long Beach, CA. She was born in Walnut Creek, CA, December 20, 1913 to Natalia and William Fletcher Oglesby. She graduated from Oregon State University in 1934 and taught Secretarial Sciences and Physical Education in Estacada, Oregon where she met her future husband, Walter Lawrence Smith. They married in 1939 and relocated after the birth of their children to North Long Beach. Rebecca was active in PTA and Jordan High School Faculty Wives, and was a long time member of the North Long Beach Methodist Church where she enjoyed years of singing in the choir. Rebecca cherished time with family and friends. Her husband, Walter, as well as her two sisters and four brothers preceded Rebecca in death. Her three children survive her: Gerald W. Smith (Diana) of Torrance, Judith L. Smith-Foote of Santa Monica and Merrilyn J. Pope of San Diego. Rebecca was blessed with four grandchildren: Jennifer E. Mazzagatte (Craig), Jason A. Smith (Barbara Blasko), Rachel Pope (Woody Shew), and Matthew H. Pope (Wendy del Toro). Additionally she was very proud of her seven great-grandchildren: Matthew and Tyler Mazzagatte; Lee Shew; Matthew, Maximiliano and Natalia Pope; and Spencer Foote. For the past 13 years Rebecca resided at Bixby Knolls Towers Retirement Residence in Long Beach. On Sunday, April 29, 2012, her family will host an informal memorial reception at the Towers (3737 Atlantic Avenue) from 11:AM - 1:00 PM. In lieu of flowers contributions may be made in Rebecca's name to your favorite charity.