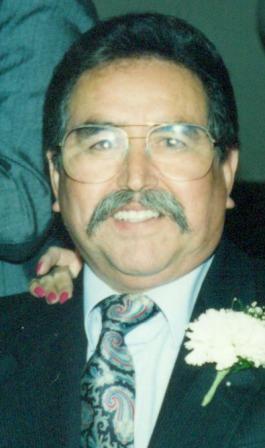 "Hozie" Joseph Raymond Gomez September 7, 1929 - February 18, 2015 On Wednesday morning, February 18, 2015, Hozie left Redondo Beach, CA to be with his loving wife Gloria. In 1929 on September 7th he was born to Carmen and Rosalio Gomez in Hermosa Beach, CA. He is survived by daughter Ana Maria (John Jr.) Araujo and sisters Lupe Saucedo and Louisa Ruiz; numerous nephews, nieces, cousins and a long list of god children. He is preceded in death by his brothers Gilbert Gomez and Art Gomez and sister Josephine Alba. He was a member of the Drifters Car Club, King Harbor Yacht Club and Gardena Elks Lodge 1919. Hozie was a Veteran of the US Army and fought in the Korean War. When he returned he pursued the love of his life Gloria. Hozie and Gloria with Ana Maria moved to Alaska where Hozie worked as a logger. Their earnings enabled them to purchase the Hermosa Beach property and Hozie's Radiator Service was established. In lieu of flowers the family requests donations be made to the American Heart Assoc. A Mass will be celebrated Tuesday, March 3 at 10:00 a.m. at St. James Catholic Church, 415 Vincent Street in Redondo Beach, CA. Burial to follow at Pacific Crest Cemetery in Redondo Beach, CA. Reception following Cemetery at St. James Parish Hall, 415 Vincent Street in Redondo Beach, CA.