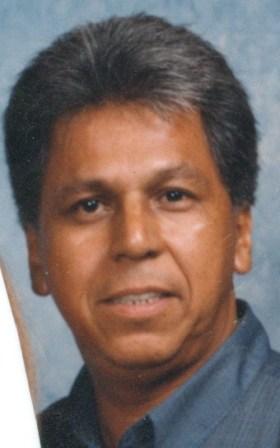 Raymond "Poppy" Garcia Aug. 29, 1947 - Jan. 24, 2012 It is with greatest sorrow that we say goodbye to the world's greatest dad and poppy, Raymond Garcia. At the age of 64, surrounded by his family, friends and loved ones, Ray decided after 2 ½ years of fighting a courageous battle with colon cancer, it was time for him to join the angels. Ray was born and raised in Torrance, one of fourteen children; he graduated from Torrance High School. In his early years, he moved to Carson were the Bach Street family began. As a single Dad, he raised his 2 Daughters and was the most devoted Dad, Mom and best friend any little girls could have. He didn't just raise his Daughters; he also raised all five of his Grandchildren. He made our family complete. He was the greatest and most amazing Poppy. There isn't anything he wouldn't have done for his kids. Rays other pride and joy was his Company and the love of making gaskets. Ray worked his whole life and was proud owner of American Gasket Company in Torrance. Ray always worked hard, but he knew how to play harder. He was very active and loved camping, waterskiing and snow skiing came natural to him. He loved to travel. But, most of all he loved his sports. His passion was Baseball. He played three nights a week at Wilson Park. If you were blessed to have known my Dad, you have now been blessed by an angel because he loved everybody. He was the most devoted Dad, Poppy, Brother and friend. He is survived by his 2 Daughters; Lisa Garcia of New Mexico and Marlo Garcia of Torrance, 5 Grandchildren; Slayd, Cece, Ronnie Ray, Dubee and Stonie Garcia, 2 Great Grandchildren, 6 Sisters, 4 Brothers, and numerous nieces and nephews. Also very important to him, are the many friends that he has left behind. He is preceded in death by his parents, Julia and Ysabel Garcia and his sister Ermie Garcia. A gathering of family & friends will be held at Rice Mortuary in Torrance on Thursday February 2, 2012 from 5 to 9pm. The burial will take place at Pacific Crest Cemetery in Redondo Beach on Friday February 3 at noon, followed by a Reception in the Lighthouse Room at Rice Mortuary until 6pm.