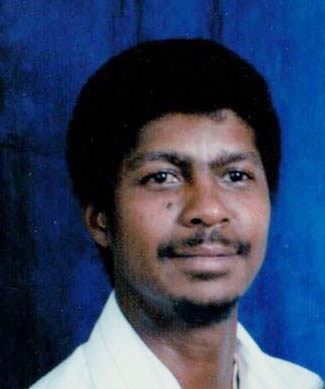 Raydell “Dell” Lawrence Grant Jr. was born on August 26, 1956, to Raydell Lawrence Grant Sr. and Betty Sue Burgess-Grant.  Raydell grew up in Los Angeles alongside his sister Dana Grant after having moved from Macon Missouri at the age of five.  Raydell had a fondness for the great outdoors spending much of his free time camping and hunting, and most appealingly fishing.  One would say, “you can take the man out of the country; but you can’t take the country out of the man”.  Raydell received his education through the Los Angeles public school system graduating from George Washington High School.  During his senior year, he became involved with the HIP (High School Involvement Partnership) at Northrop Aircraft Company, a mentoring program created to inspire and prepare high school students for science, technology, engineering and math (STEM) in the aircraft industry.  He advanced through the ranks from his beginnings as a summer intern until he retired in 2014 as a Quality Control Engineer.  One of his defining accomplishments was midway through his career he became an instructor in the same HIP program that helped get him his start at Northrop Aircraft Corporation.  Raydell was also one of those rare individuals who worked for the same company for 40 years.  His greatest accomplish however was when he married and became a father.  Raydell married Marilyn McNeely on May 18, 1980.  One year later they bore their eldest son Eric Justin Grant and went on to have three more children: Evan Raymond Grant, Nathan Austin Grant, and Alexis Nicole Grant.  Raydell had a love for jazz and funk music which he passed down to all his children.  He also passed down his love for the outdoors and his stubbornness.

Raydell transitioned on August 18, 2021, at 11:10AM at St. Francis Medical Center in Lynwood, California.  He is preceded in death by his parents Raydell Sr. and Betty as well as his eldest son Eric.  He is survived by his wife Marilyn McNeely-Grant and three children Evan Grant, Nathan Grant, and Alexis Grant.  He also leaves behind his sister Dana Grant-Knoll, his brother-in-law Ralph Knoll and niece Lauren Knoll-Hoekstra as well as a host of family and friends.