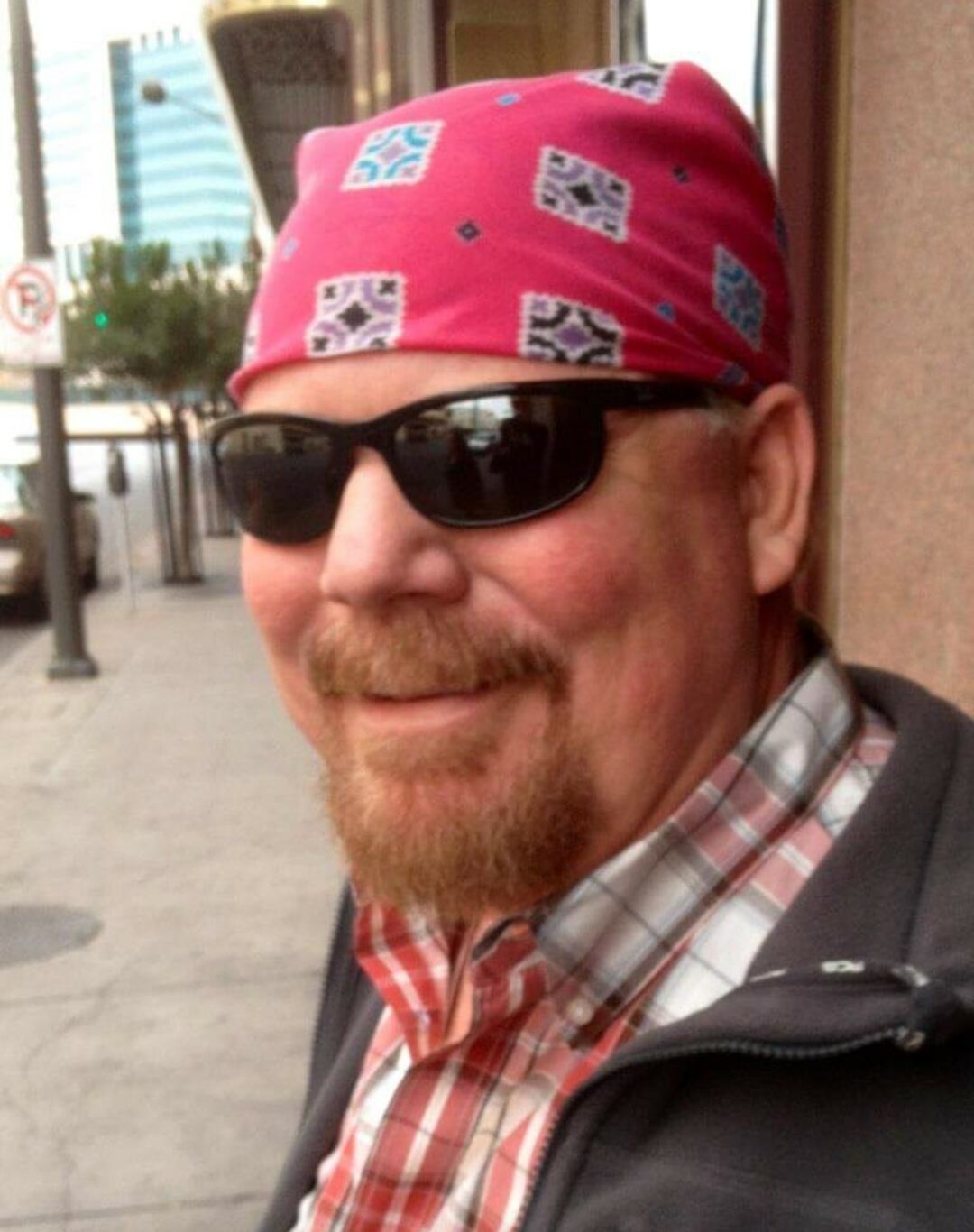 Ray B. Davis, Jr. died peacefully in his sleep at Providence Little Company of Mary Medical Center in Torrance on September 22, 2021. He was 62.

Officially, it was congestive heart failure, but to the family and friends who knew him best, it was the hospital accident that began six years of a slow and torturous decline. He’s pain free now, at peace, away from the life that confined him to his bedroom and the condition that he was too angry to let anyone see.

Ray-Ray was chummy and jovial, and he wore the ginger chip-on-his-shoulder with pride. He lived life his own way, daring to agitate when necessary, to conform only when required, to free-wheel any time he could get away with it. He loved the thrill of being on two wheels, drag-kneeing through Southern California’s best mountain and canyon backroads; he’d spend his weekends rooting for Honda in MotoGP or F1, and watching the Dodgers and Angels and his favorite NFL teams. A mid-life enthusiasm brought him camping trips with friends, Super Bowl parties at casinos in Las Vegas, and many nights of cranking loud music at home on the big speakers.

For many, Ray will always be associated with his work. An early interest and a gifted aptitude for tinkering led him to his small town’s Honda dealership. As a mechanic, his critical thinking and problem-solving skills earned him recognition by Honda as one of the nation’s “top techs,” a distinction reserved for the company’s best 20 techs in the country. His showing at the Top Tech contest led to an opportunity at American Honda Motor Corp’s Techline in 1986, and later as an instructor at its western regional training center. He’d go on to devise many of the questions on the test in the same contest, then later teach the newest top techs in class, or edit new model manuals for Honda technicians across the country. No one knew electrical and A/C diagnostics like him, and he lived for any technical challenge in his field. Not bad for a high school education (and barely, at that!), he’d say.

Ray was a dedicated provider who dutifully endured the daily purgatory of an hour’s-long commute for nearly three decades. He did it for the family he loved. He is survived by his father, Ray Sr., 88; his children, Jason, 40; Kerri Brady, 38; and six grandchildren.