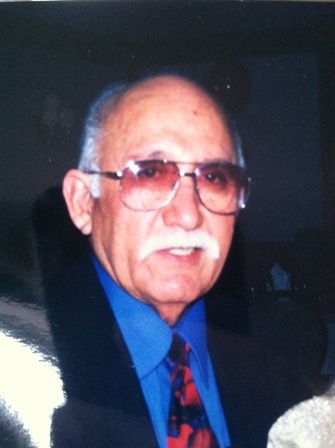 Raul Victor Cortez Born August 26, 1929 in El Paso, Texas and passed away May 22, 2014 at his home surrounded by loved ones. He was preceded in death by his parents Felix and Adela; his sister Mary Clet; and his brothers Art and Gilbert. He is survived by his wife, Hortensia "Nonnie" Cortez, of 66 years; his sons Richard (Becky), Victor (Sherry) and David (Lori); six grandchildren: Victor Michael, Heather, Gina, Summer, Renee and Jessica ; eight great grandchildren: Anthony, Megan, Dakota, Robert Jr., Adrian, Anaya, Jason and Jacob; and a sister Sally Anaya. He moved to California in 1936. Raul was the cornerstone of his family and truly loved his wife, children, grandchildren and great-grandchildren. An avid Los Angeles sports fan, he also enjoyed fishing, bowling and camping in his earlier years. Raul also served his country in the United States Army. Raul left lasting and beautifully thoughtful memories with everyone who knew and loved him. Rosary services will be held Tuesday June 3rd from 5-9pm at Rice Mortuary in Torrance. Funeral Mass held at Our Lady of Guadalupe at 10am on Wednesday June 4th followed by a burial at Green Hills Memorial Park in Rancho Palos Verdes.