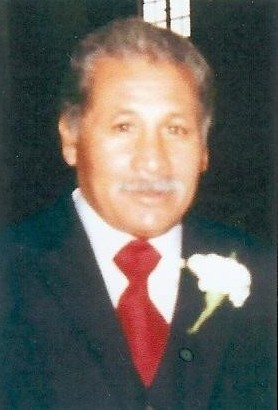 Ralph Vega Lara, beloved husband, father, grandfather, brother and uncle went home to be with his Lord and Saviour Jesus Christ on September 5, 2011 at the age of 85, surrounded by family at home in Gardena, California.

Ralph Vega Lara was born to Daniel and Francisca Lara in Holtville, California on May 26, 1926. He and his family moved to Gardena in 1943. At the age of 17, Ralph became a professional boxer, winning 24 fights, with seven knockouts, over a five and a half year career. He served in the Army as a Duty Soldier for nearly 2 years, receiving a Victory Medal World War II and an honourable discharge in 1946.

On May 12, 1956, Ralph married Ermelinda Rubio in Los Angeles; they have five children together.

Ralph was employed as a laborer in construction, in furniture manufacturing and furniture delivery before beginning his career in aerospace. In 1964, he began working as a sandblaster for McDonnell Douglas Aircraft in Torrance and retired after 25 years. While working there he also held a part time job as a Security Guard for Burns Security for eight years. He was an extra in a major motion picture in 1991. He enjoyed jogging, the company of his family, attending church, reading his bible and praying. All enjoyed his animated laughter and the way that he could always make everyone laugh.

The viewing will be held on Sunday September 18, 2011 at 5:00 p.m., McMillan & McCormick Mortuary in Gardena, with a Christian memorial service to begin at 5:15 p.m. The vigil will continue at Saint Anthony of Padua Catholic Church in Gardena at 7:30 p.m., where a recitation of the rosary will begin at 8:00 p.m. A Funeral Mass will be offered on Monday, September 19, 2011 at 11:00 a.m., Saint Anthony of Padua Catholic Church. Interment will follow at Inglewood Park Cemetery.