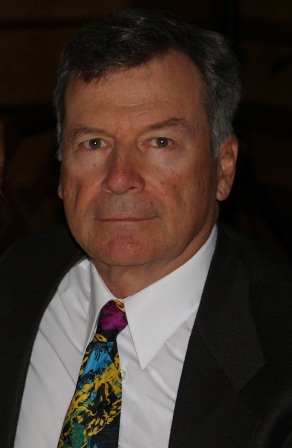 Colonel Ralph R. Gajewski Colonel Ralph R. Gajewski, USAF (ret) was born an only child in Boston, MA on November 6, 1944 but moved shortly thereafter to Castro Valley, CA, where he grew up. He earned a Bachelor of Science degree in Engineering from the California Institute of Technology in 1966 where he also received his commission from the Air Force. Ralph then earned his Master's and Doctorate in Theoretical and Applied Mechanics from Cornell University. His Air Force career assignments included the Air Force Weapons Lab, Air Force Systems Command, United States Air Force Academy (as an engineering professor), Advanced Space Vehicle Subsystem, Advanced Spacecraft Electronics, Strategic Defense Initiative Organization, and finally the Brilliant Eyes System Program Office for Space Surveillance and Tracking System at Los Angeles Air Force Base. Ralph retired from the Air Force on November 1, 1996 after 26 years of service. Upon his retirement, he was awarded the distinguished Legion of Merit Award. This award cited Ralph's exemplary leadership, foresight, and dedication to duty as key to demonstrating the potential of space based infrared sensors to defend the nation from ballistic missile attack. He was also recognized for orchestrating the first-ever United States/Russian infrared experiment, a major confidence-building step in cooperative missile defense. He continued his work in the aerospace field with the Boeing Company for nearly 14 years until retiring in 2010 due to declining health. He was excited about and proud of his contributions that facilitated the successful launch of the recent Orbital Test Vehicles. Ralph's three passions in life were his family, his work, and bicycling. In his earlier years, he competed in bicycle road races and once held the title of New Mexico State Champion in his age category. In his spare time, if not out cycling, he also enjoyed grilling, reading, and watching sports — especially the Tour de France and college football. His favorite vacation destination was Sea Ranch on the northern coast of Sonoma county. Ralph passed away on October 15, 2012 after a remarkable four-year battle with brain cancer. He is survived by his wife of 25 years, Cheryl Amor; his two daughters, Kelly and Carly Gajewski; and his mother, Olive Gajewski. He had resided in Redondo Beach for the past 23 years. Friends and family are welcome to attend a memorial ceremony followed by a celebration of his life on Friday, November 9th at 2 p.m. at Rice Mortuary on Torrance Blvd. in Torrance, CA. A private burial at sea will be held the following morning. In lieu of flowers, memorial donations may be made to the UCLA Health System's Partnership for Care: www.uclahealth.org/partnershipforcare