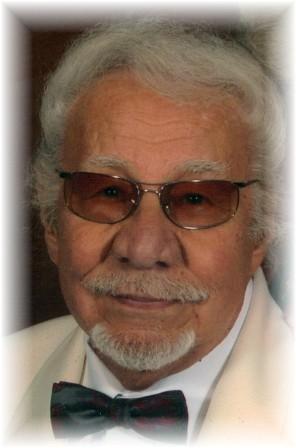 Ralph C. Turkolu December 19, 1929 to November 9, 2013 Ralph Christopher Turkolu was born in Istanbul, Turkey on December 19, 1929 to his Turkish father, Husnu Turkoglu, and his German-Swiss mother, Hanallotte Leitnner. While growing up, he studied classic violin and played water polo. He represented Turkey in the London Olympics in water polo, saving the trunks he wore until they became a disgrace and his wife, Melinda, made him throw them away. Once he was ready to spread his wings and achieve higher education degrees, he disappointed both parents by going to America, the land of gangsters, cowboys, and the newly-emerged space technology efforts. Rauf (his given name at birth), not speaking any English, arrived by freighter in mid-winter with a suitcase in one hand and his violin tucked under his other arm. He attended college in upstate New York at Rensselaer, quickly learning English.He soon mastered the local rail system and spent many weekends in New York City, attending classical performances and operas. He also joined ROTC and, immediately upon graduation, was invited to join the U.S. Army. He became the liaison between the American forces and the Turkish forces in South Korea. During that stint he became a U.S. citizen and also changed the spelling of his name to Ralph Turkolu. He was and has been proud to be an American. After his honorable discharge, the newly-minted American citizen headed west seeking an opportunity to use his Masters Degree to conquer the heavens. He decided to enter the aerospace industry and join TRW Space Park in Redondo Beach, CA, and became Project Manager of the OGO satellite program. Ralph married, had two children and developed a love of fast cars, enjoying the envy of all as he raced his Shelby Cobra between TRW and Vandenberg AFB. Based on his successes at TRW Space Park, he was promoted to President of TRW Controls in Houston, TX. There, he turned the organization around and returned to Space Park for the remainder of his 35+ year career at TRW. Ralph divorced his first wife shortly after his return from Houston and moved forward with his career. Ralph always thought the best thing that ever came from his time at TRW was when he met and married his second wife, Melinda, while working on the ISPM satellite program. He replaced the Project Manager on the 777 program and participated in numerous satellite launches in Florida. He was later appointed as Program Manager of a three-country consortium for the AMOS satellite system, and also was asked to check into the feasibility of TRW going commercial with the telecommunications satellite business. After retiring from TRW in 1993, he started on the most enjoyable aspect of his 82 years. He and Melinda shared a love of dogs, especially his favorite among breeds, the cocker spaniel. Over the years, their family was graced by many cocker paws, including Aysha, Sasha, Ambra, and Lia. True to the rules of retirement, Ralph and Melinda began a worldwide quest for the perfect sunset. They spent many a day traveling by land, air, and sea, with their preferred mode of transportation being cruise ship, visiting more than 150 destinations throughout the world. Their longest and best cruise lasted 65 days, painting lasting happy memories that would eventually carry Ralph into his last sunset. He died peacefully on Saturday, November 9, 2013, and will be loved throughout eternity by his family and friends. Ralph is survived by his loving wife, Melinda, his sister, Verda Cimilli, his daughters, Heidi Turkolu and Krista Ray, as well as Melinda's daughters, Elizabeth Kyle and Jessica Kyle Walker, son-in-law Dennis Walker, as well as Ralph and Melinda's cockapoo puppy, Lulu. Ralph had a zest for life that was sadly dimmed in his later years, but his brilliant light will forever burn bright. The celebration of Ralph's long and full life will be held on Friday November 22, 2013 at 10:00 a.m. at American Martyrs Catholic church located at 624 15th St. Manhattan Beach, CA.