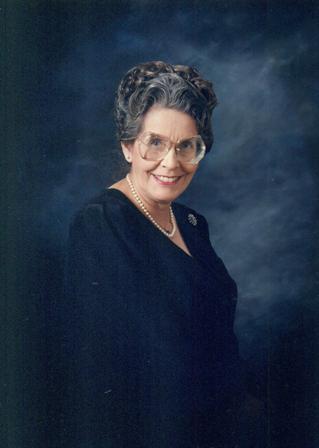 Priscilla Grace Logan Birth: March 7, 1926 San Mateo San Mateo County California, U.S.A. Death: September 25, 2015 Rancho Palos Verdes Los Angeles County California, U.S.A. Priscilla Grace Logan, a 55 year resident of Rancho Palos Verdes, passed away on Friday, September 25, 2015 at her home in Rancho Palos Verdes. Priscilla was born on March 7, 1926 in Mills Hospital, San Mateo, CA, to Grace (nee Crampton) and Roy A. Wehe, late of San Mateo, CA. She is survived by her son, Roy C. Logan and Gail Hughes Joerger of Mill Valley, CA; daughter, Elizabeth G. Cook, son-in-law Charles R. Cook; and grandchildren, Bryan C. Cook and Kristen E. Cook, all of Redondo Beach, CA. Her late maternal grandfather, John Thomas Crampton, of Glendale, CA., was the treasurer of the family business, the Simons Brick Company, for over forty years. Her late father, Roy A. Wehe, was a longtime member of the California Public Utilities Commission, before establishing a Consulting Career in Public Utility Regulation. He served the City of San Mateo as a member of its City Council. Her late mother, Grace Wehe, served on the Foundation of Mills Hospital, was a member of P.E.O., and active in San Mateo civic organizations. Priscilla graduated from San Mateo High School, after first attending Burlingame High School. Priscilla attended the University of California, Berkeley and received her A.B. in English in 1948, and obtained her teaching credential from the same University the following year. On May 16, 1953, Priscilla married John Kokanour Logan, son of the late Herma H. Simonds of Monrovia and Roy Charles Logan, in the Stanford University Memorial Church. They marked their Fifty-fourth year of marriage in May 2007, the year in which her husband passed away. Priscilla was a long-time member of St. Francis Episcopal Church in Palos Verdes Estates, served many years as the Wedding Coordinator for the Altar Guild, taught Sunday School, and managed the garden shop in the church's annual Antique Show. Like her mother, Priscilla was a member the San Mateo Chapter of P.E.O. In addition, Priscilla was a member of the Special Childrens' League of the Palos Verdes Peninsula. She was an active hiker, climber and explorer throughout her life, active in the San Mateo/Burlingame Girl Scout chapter in her youth and most especially enjoyed attending and acting as councilor for their Two Sentinels summer camp in Kirkwood, CA. Later in life, she and her husband John enjoyed exploring the beautiful California Coast and the great outdoors of the Western United States. Priscilla had a lifelong love of gardening, which was shown in her the lovely gardens from home to church. She was involved in her children's scouting organizations, serving as Den Mother in the Cub Scouts and active in her daughters Brownies and Girl Scout troops. She was a devoted and doting grandmother to her grandchildren. In lieu of flowers, the family requests that donations in her memory be made to the Girl Scouts of America, the Wilderness Society, or the Library of the University of California, Berkeley. The Service will be held at St. Francis Episcopal Church, 2200 Via Rosa, Palos Verdes Estates, CA 90274 at 3:30 PM on Thursday, October 8, 2015, preceded by a private burial at Green Hills Memorial Park.