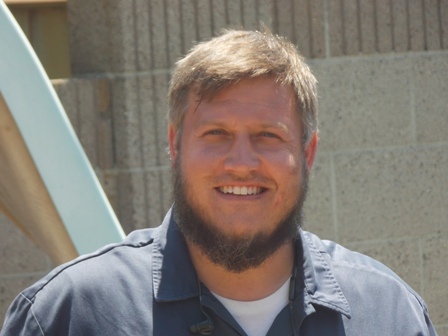 Preston Savage Lindley was born on November 9, 1979 in Albuquerque, New Mexico. Preston was called to be with the Lord on March 21, 2015 at 3:30pm after a tragic accident at work. He is survived by his wife, Gloria, his 3 children, Jonathan (5), Paul (3), and Leah (1), both of his parents, Jack Lindley of Tulsa, OK and Deborah Kuebler of Wichita, KS, his two brothers, Justin and Gavin Lindley, and his grandmothers, Mary Ruth Lindley and Lois Ann Stickney, uncles, aunts, nieces, nephews, and cousins. He was preceded in death by his grandfathers, Jack Lindley and Norman Stickney. He moved to California in 2000. He started his power washing business in 2002. He married his wife, Gloria Sapulete whom he often called "Super Sweets" on October 26, 2002 in Riverside, California. His first child, Jonathan Jack, was born on January 27, 2010. Then, on October 28, 2011 came Paul Norman. Preston finally got his one and only baby girl, Leah Deborah, on March 22, 2014. Sadly, Preston passed away the day before Leah's first birthday. On January 26, 2014 Preston was ordained to the office of minister along with Brother Jason Logoluso by the Mennonite church for the work in Los Angeles, California. Preston's main purpose in life was to lead his family and train his children, whom he loved very much, to follow the Lord Jesus and obey His commands. Even when he was busy, he would stop everything that he was doing in order to preach the Gospel to any who would listen. Preston loved working with his hands. He was very mechanical and knowledgeable when it came to fixing the odds and ends of things. He had a motto that said "We get it right 'cause we try it twice!" and most of the time, he lived up to that!!