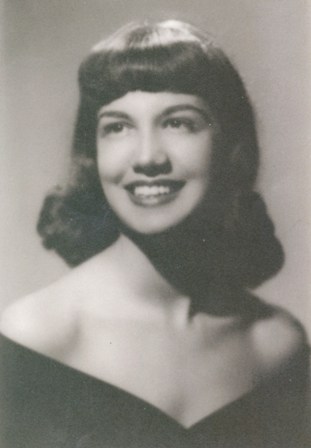 PHYLLIS VASSALLO COLE Phyllis passed away peacefully on Thursday, December 6, 2012 with her husband of 61 years, William (Bill), and other members of her family, by her side. She was born in Oakland, California in 1929 to parents, Frank and Frances Vassallo. She was reared in Oakland and later in San Leandro, California. After graduation from high school, she enrolled in the University of California at Berkeley. There she met Bill. They were married in 1951, the year she graduated. At Berkeley, she received her Bachelor's degree in English. At the same time, she obtained an interim teaching credential, after which she taught at an elementary school in Hayward, California. After Bill's graduation, they moved around quite a bit, finally settling down in Palos Verdes Estates in 1963, where their four children grew up. After the children were reared, she returned to school, enrolling in UCLA's Interior Design Program. Upon her graduation from this Program, she obtained her State Certification in Interior Design and became a member of the American Society of Interior Designers. Continuing her education, she traveled to England and France to view various manor houses and chateaux. She and Bill also traveled extensively, particularly to the Far East where she began developing her expertise in, and affinity for, Asian Art. She built a successful Interior Design practice, specializing in residential design. During the period at UCLA, one of the courses she took was taught by a visiting French professor which required her to complete a research paper. Her paper was on the subject of a particular type of French rug. The professor was so impressed with the paper he took it back to France and told her it would be filed in the Research Department of the Louvre Museum in Paris. She retained her talent for design and art into her 80's. Examples of her later work were exhibited as recently as last year. She is survived by her husband, Bill, and their four children, Kathleen Harder, Carolyn Mangano, Timothy, and Matthew. She is also survived by six grandchildren, Adrienne and Thomas Harder and Joseph, Sean, Andrew and Gabriella Mangano and by her brother, Frank. Her sister, Annette Vella, predeceased her. She was a long time and active member of St. Francis Episcopal Church in Palos Verdes Estates. A Celebration of Life Service for her will be held at the Church on Saturday, January 5, 2013 at 11:00 AM. In lieu of flowers, the Family suggests donations be made to The Phyllis Cole Scholarship Fund, Sage House Adult Day Care Center, the Salvation Army, 138 South Bandini St., San Pedro, CA 90731, or to St. Francis Episcopal Church, 2200 Via Rosa, Palos Verdes Estates, CA 90274, or to the charity of your choice.