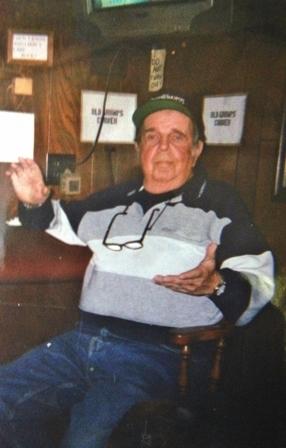 Philip Machado passed away suddenly Friday July, 26 at his home. Phil was born April 8, 1937 in Rockland, Massachusetts. He moved to California after being discharged from the Army at the age of 22 and he never left. He met the love of his life Mary (Peters) Machado and together they raised four children. For years he was the manager at Bill's Liquor Store in Manhattan Beach. He coached both of his sons in Little League and was a proud member of the American Legion Post 314. Preceded in death were two of his children Philip H. Machado and Peggy Machado-Horn. He is survived by his wife of 54 years Mary; son Frank (Christine); daughter Suzanne Ingram (Les); daughter in-law Nancy Machado; grandchildren Chelsea Horn, Robert Horn, Madison Machado, Tessa Horn, Aundrea Ingram, Melinda Machado, Andrew Ingram, Max Machado, Nick Horn; his sister Barbara Olivieri (Nick) in Mansfield, Ohio; and many nieces and nephews. There will be a casual gathering starting at noon on Sunday August 4 at the American Legion Post 314 located at 14124 Prairie Ave, Hawthorne, California 90250.