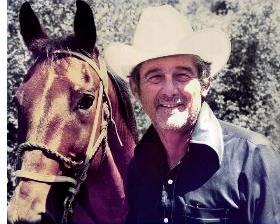 Philip D. Reardon October 20, 1915-May 9, 2012 Phil Reardon's last goal in life was to "check the box" at 100. He fell short by just three-and-a-half years. A sixty-five year resident of Manhattan Beach, Phil was born in Oakland, California. He spent his childhood in several northern California cities, but mostly in the small Sierra town of Big Creek which was created and settled when the Edison Company's moved in. His father built and ran the town theater, and his mom was the town's teacher. He spent his adolescence there, hunting, hiking and fishing, and he went back frequently, later in life, teaching his kids about the mountains, horse packing, horseback riding and backpacking into the wilderness. Phil died on May 9, having had quadruple by-pass surgery at 87 and slowly losing mobility and memory over the last few years of his life. But he could tell you most of the details about his career as an aircraft pioneer, beginning at small airports in the San Joaquin Valley, followed by traveling the world as a mechanic and technical representative for North American Aviation during World War II. That was after he bought his way out of the Army Air Corps in 1939, the last year you could do that. He still had the dinner menu from the 1939 Thanksgiving dinner for the 72nd Bombardment Squadron at Luke Field, Oahu, Hawaii. He ultimately ended his thirty-six year career as Director of Logistics and Support for North American/Rockwell aircraft. He liked to tell the story of buying the lot to build his first home on 21st Street in Manhattan for $1, 700 dollars in 1948. Construction and all, it cost less than $10, 000. And the back wall he built, where his first wife, Maggie, planted a bougainvillea, still exists (with the bougainvillea). Along the way, Phil built a midget race car, but never raced it (He left that to the daredevil drivers.), rebuilt a 1937 Cord and a 1960 Jaguar, ran several Old Home Town Fair 10K races, the last at the age of 82, the oldest man in the race. And to celebrate his seventy-fifth birthday, he hiked the John Muir Trail solo. After retirement he also learned to ski and joined up with a group of locals who called themselves the Hermosa Ski Club and traveled together to all the ski resorts in the west. He and his son, Patrick owned the Jacobs Surf name for several years in the 80's and ultimately sold the name back to Hap Jacobs for $1. A quiet, gentle, stubborn man who wowed his daughter's Brownie Scout troop with his "Rock Hudson" good looks, leaves a legacy of honesty and gentleness that affected many people. He took in the poor and the indigent, immigrants and struggling young men and gave then space to live and learn. He became a wise elder to many a young waterman and many a lost soul. He is survived by his ex-wife and good friend Sarah Aspel (Redondo Beach) his two sons, Michael (Fallbrook) and Patrick (Manhattan Beach) his daughter, Linda Neal (Redondo Beach) and his long-time companion, Helen Pares (Long Beach).