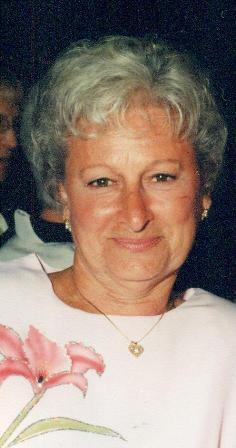 We celebrate the life and mourn the passing of Pauline Ostrowski, who lost her battle with cancer on November 1, 2015, All Saints Day, at the age of 88. She passed peacefully, with her family by her side. Pauline was born in West Virginia. She was the eighth of 12 children of Matthew and Frances Janoski. After her childhood years her family moved to Erie, Pennsylvania where she met and married Anthony Ostrowski in 1948. Their first son, Richard was born in 1949, followed by a second son Anthony Jr. in 1954. In 1956 the family moved to Lawndale, California, where Pauline and Anthony "Tony" were blessed with a third child, Elizabeth, in 1960. Over the years, she held numerous factory jobs. She went to work for Teledyne Relays, in Hawthorne, as an assembly worker. She remained employed there until her retirement 25 years later, with a position as Assembly Line Supervisor. She gained a reputation as a fair and kind supervisor who was loved a respected by all her fellow workers. Pauline loved her family and her home was the center of activity on special occasions. Dinner at Mom's was a regular family meeting time every Sunday; usually followed by a family poker game. All of the nieces, nephews, brothers and sisters were welcomed during the holidays and Pauline's dinners were always a treat. Cooking was her way of showing her love. She loved to dance. Pauline and Tony would go polka dancing at every opportunity. She would go camping and fishing with her family and always enjoyed the yearly outing to Lake Cachuma. She traveled with her husband, Tony, to Greece, cruised Alaska, Hawaii, and the Caribbean with her family. Pauline lost her husband Tony in 2008. She remained active and spent many hours tending her garden, reading and taking care of her grandchildren, Jenae and Justen. She is survived by three siblings, Annie Huntington (husband James), Andrew Janoski (wife Madeline), and Katherine Nardo; her sons, Richard (wife Diane), Anthony Jr. (wife Yung Yee), and her daughter, Elizabeth. She has three grandchildren; grandsons Jason Reeves (wife Francesca), Justen Cerritos, and granddaughter, Jenae Cerritos. She leaves three great grandchildren; Carmen, Isabella, and Lazarus Reeves.