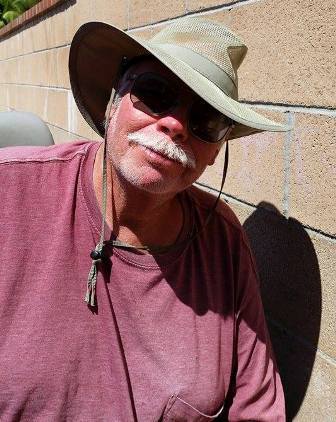 Paul "Pablo" Joseph Chafe, 66, died March 4, 2017 surrounded by his family in Torrance, CA. He is the husband of Cynthia Rae Chafe. Paul was born in Los Angeles, CA on August 13, 1950, to the late Urban and Edith (Gallegos) Chafe. He attended Mt. Carmel High School. He was known as the "Mayor of Pullman Lane," patrolling the street daily, usually with many children alongside and riding on his motorized scooter. His larger-than-life personality far exceeded his physical limitations of having muscular dystrophy. He was always ready to help anyone in need. He is survived by his wife of 36 years, sons: Christopher (Ellen) Chafe of Manhattan Beach, CA, Douglas Chafe of Centreville, VA, Mark Chafe of Redondo Beach, CA; grandsons: Alexander and Nicholas Chafe; siblings: Linda (Bob) Reid, David (Kathy) Chafe, Gary (Kim) Chafe, Glen (Gail) Chafe, Nancy (Bruce) Magruder, Dennis Chafe; 6 nieces, 5 nephews, 3 great nieces, 3 great nephews, and all of his "adopted" children and grandchildren. Family and friends are invited to attend a visitation on Wednesday, March 8, 2017 from 4 p.m. – 8 p.m. at the Lighthouse Memorials & Receptions, 1016 W. 164th St. – Gardena. A service and reception will be held at the same location Friday, March 10, 2017 from 10 a.m. – 1 p.m., followed by a celebration at their home in Redondo Beach. In lieu of flowers donations may be made in Paul's name to the Muscular Dystrophy Association, 222 S. Riverside Plaza, Suite 1500, Chicago, IL 60606.