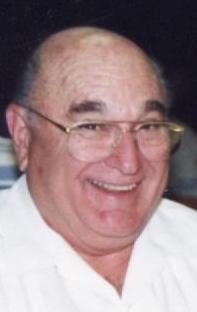 Paul A. Larquier August 4, 1923 - July 27, 2013 Paul passed away peacefully July 27 surrounded by his loving family. He is survived by his wife of 67 years Rhoda; sons Paul, Mike (Jerri), Louis (Judy) and daughter Janet (David); seven grandchildren and eight great grandchildren. Paul was a WWII Air Force Veteran stationed at Burtonwood Air Field, England. He met Rhoda while stationed in England. He was a member of the Burtonwood Association and the American Legion. Paul was very active in the French community of Los Angeles and was a member in the French Society of L.A. Paul was a restaurant owner and commercial real estate developer. He loved to work on his 1930 Ford Model A and belonged to a local Model A Club. A memorial service will be held on August 7, 2013 at 1:00pm, St. John Fisher Catholic Church, 5448 Crest Road, Rancho Palos Verdes, CA. In lieu of flowers, the family request that contributions be made to the Little Sisters of the Poor, 2100S.Western Ave. San Pedro, CA 90732.