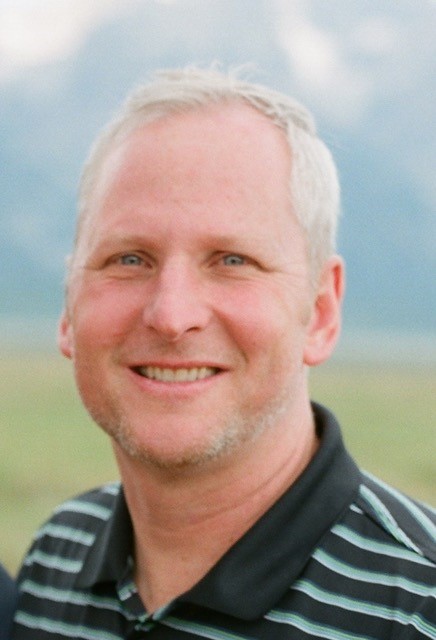 Patrick Lewis Welsh, Jr. passed away April 20, 2018 at the age of 51 following a valiant battle with cancer. Pat was surrounded by the love of his family in death as he was in life. Pat loved his childhood growing up in Lake Arrowhead and graduated in 1985 from Rim of the World High School, where he was Senior Class President and a standout basketball player. Pat earned his B.S. in Marketing at Santa Clara University (SCU) in 1989. He met his beloved wife, Kathy, while studying at SCU, and they married at St. Brendan Catholic Church in Los Angeles in April 1990. Pat had a successful career in commercial real estate and was proudly Vice President at Prologis, Inc. for 13 years after stints at Trammell Crow and CBRE. Pat enjoyed time with family and friends, and he was a lifelong athlete who lived for competition, not only as a player and coach, but especially as a supporter of his sons. He always enjoyed being on the winning side, but at the same time he was a true model of sportsmanship, which he passed on to his sons and the athletes he coached. Tremendously proud of his three boys, who frequently sought his astute advice, you rarely saw him without a Loyola, SCU, UCLA, or Harvard baseball cap. He embodied a positive attitude and passionate work ethic that was especially apparent in his three and a half year battle with cancer. Not once did he complain, but only looked to work hard to regain his health, lifted by both the support of and his devotion to the faith communities of St. Lawrence Martyr, the Santa Clara Mission and Loyola High School. He was loved and respected, never failing to be a friend to all. His beaming smile, hearty laugh, and hilarious sense of humor put all at ease. To be with him was to be happy. Pat is survived by his wife of 28 years, Kathryn Boken Welsh; his sons Jack, Tom, and Henry Welsh; his mother JoAnn Welsh, brother, Don Welsh (Kelli), sister, Stephanie Welsh Foucek (Chris), mother-in-law, Rose Ann Boken, Kathy’s siblings Annette Boken, Paul Boken (Lisa), Dan Boken (LoriAnne), John Boken (Susie), Philip Boken (Anna), Mike Boken, Joey Boken (Kristi), Emily Boken, and many extended family members who adored him. He is reunited with his dear father, Pat Welsh, Sr., who preceded him in death. Services will be held at St. Lawrence Martyr Church, 1900 S. Prospect Ave., Redondo Beach, CA 90277. Prayer Vigil, Thursday, May 3 at 7:00pm and Funeral Mass, Friday, May 4 at 1:00pm. In lieu of flowers, donations for a memorial may be made in Pat’s name to St. Lawrence Martyr Church.