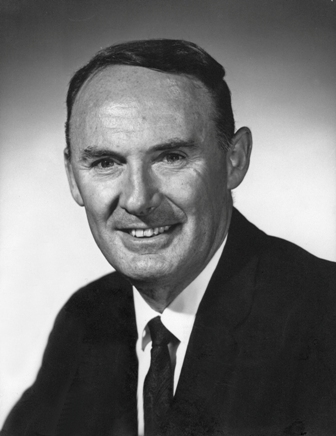 Patrick Hardy McGuinness August 2, 1923 – July 28, 2014 Patrick was born in Foxford, County Mayo, Ireland, to Emily McGuinness Hardy and Michael Joseph Hardy. He aspired to make America his home from a very young age. He and his brothers, Robert E. Hardy, M.D. and Fr. Paschal Hardy, emigrated and eventually made their homes in sunny Southern California. He earned his degree in civil engineering from the National University of Ireland, Galway, and subsequently obtained a master of science in engineering. He thrived in the aerospace industry as an engineer, retiring after many stimulating years working with the Pentagon's Defense Advanced Research Project Agency (DARPA) and having received the highest award for meritorious civilian service to the Department of the Air Force. Patrick married Hanoria Howley M.D. more than 63 years ago. They were born across the road from one another and grew up together in every way. He was erudite, broad-minded and a consummate feminist. Patrick's inimitable kindness and generous heart will never be forgotten. He leaves his wife, Hanoria Hardy McGuinness, his best friend and confidante, in addition to their six daughters, nine grandchildren and one great-grandchild. A Memorial Service will be held at St. John Fisher Catholic Church at 11:00 a.m. on Friday, August 8, 2014. Donations may be made to St. John Fisher Catholic Church or Providence Trinity Care Hospice, in lieu of flowers.