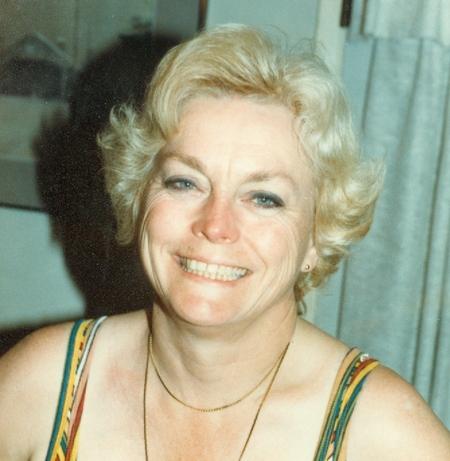 Patricia May (Rose) Cram, of Torrance, passed away on December 16, 2012, at the age of 82. Pat was born on November 30, 1930 in Wichita, Kansas, the oldest of seven sisters, and moved to California at the age of six. She grew up in the South Bay area, and after graduating from Leuzinger High School, she married Paul Peterson and raised five sons, Dennis, Eric, John, Kevin and Chris. She worked over the years for both the Lennox Sheriff Dept. and the Torrance Court House. In 1975, she married her second husband, Fred Cram, who also had 3 sons, Steve, Marc and Dave. Around 1980, Pat and her sister opened The Espresso, a cozy sandwich and catering shop in Torrance, where she worked until she retired in the early 1990's. Pat was involved in the community through her long time membership in the Women's Auxiliary of the Moose Lodge and the American Legion. For the last 20 years, she and her husband Fred have enjoyed their retirement years at their home in Torrance, where they lived for almost 40 years. Her husband Fred passed away only six days ahead of her. She is survived by their eight sons, six daughter-in-laws: Barbara, Maggie, Linda, Michele, Christina, and Tammy, 20 grandchildren and 12 great-grandchildren. A combined memorial service for both Fred and Pat Cram will be held at Rice Mortuary in Torrance, CA, located at 5310 Torrance Blvd., on Saturday, January 5, 2013, at 9:30 am, followed immediately by a reception at the same location. Burial will follow at Pacific Crest Cemetery in Redondo Beach, located at 2701 182nd St. (at Inglewood Ave.).