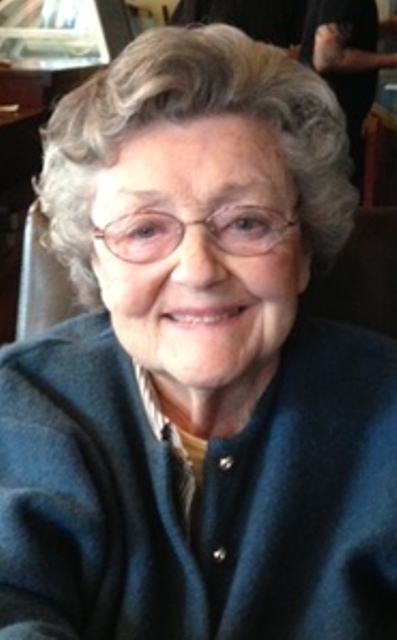 Patricia H. Hoffmann (Buckmeyer), a lifelong resident of Los Angeles for 93 years, died peacefully on Monday, October 8, 2018. Pat grew up in the Westwood/Santa Monica area. She graduated from St. Monica’s High School where she met the love of her life, Robert. They were married for over 60 years until Bob died in 2006. Pat grew up a child with a love of sports that continued throughout her life. She was a big football fan with her favorite teams being the New England Patriots and the UCLA Bruins. She also loved major league baseball in which she never missed a moment to support her favorite team, the Los Angeles Dodgers. Pat also had a special place in her heart for Catalina Island, Avalon, CA. As a young child, her family used to vacation there often. It was the place Bob and she chose for their honeymoon. Throughout the years, along with extended family, they introduced their children to the island by vacationing there in the summer. Forty years ago they made a more permanent commitment to the island by buying a home there to share their love of Catalina with their family. Pat is survived by her four children: Patricia De Voe (William) of Westchester, Peter Hoffmann (Janie) of San Clemente, Paul Hoffmann (Colleen) of Huntington Beach and Pamela Aspel (Stephen) of Redondo Beach. Pat was known as “Goggi” to her 14 grandchildren and soon to be 18 great-grandchildren. She was a joy to her family and will be dearly missed.