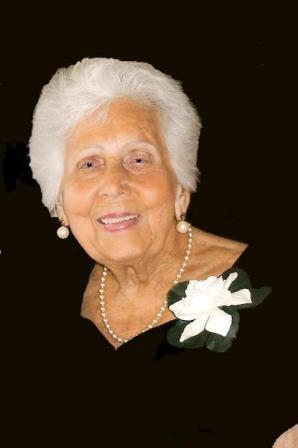 Patricia Helen Hyink, daughter of Annie and Edgar Stowe Sr. from England, passed away on August 22, 2013 at the age of 88. Pat was a 66-year resident of Redondo Beach and an active member of St. Paul's United Methodist Church for sixty-three years in North Redondo. She worked as a baker for the Redondo Beach School District for 25 years and has enjoyed retirement for the last 20 years. Pat's husband of 48 years, the love of her life, William Roger Hyink, passed away in 1991, and her son David, passed away in 2008. Her brother Edgar Stowe Jr., died in 2010. She is survived by her two children, son Bill Hyink and his wife Cindy of Huntington Beach, and daughter, Annie Driggs of Redondo Beach. Pat was the proud grandmother of six grandchildren and seven great-grandchildren. Pat's passions in life were her family, church and gardening. She loved singing in the church choir and planting flowers in her beautiful garden. She will be greatly missed by all of her family and those who were fortunate enough to know her. There will be a Celebration of Life on September 28th at St. Paul's United Methodist Church, 2600 Nelson Avenue, Redondo Beach, CA 90278 at 10am followed by a private interment at Pacific Crest Cemetery. In lieu of flowers, donations may be made to St. Paul's United Methodist Church in her name.