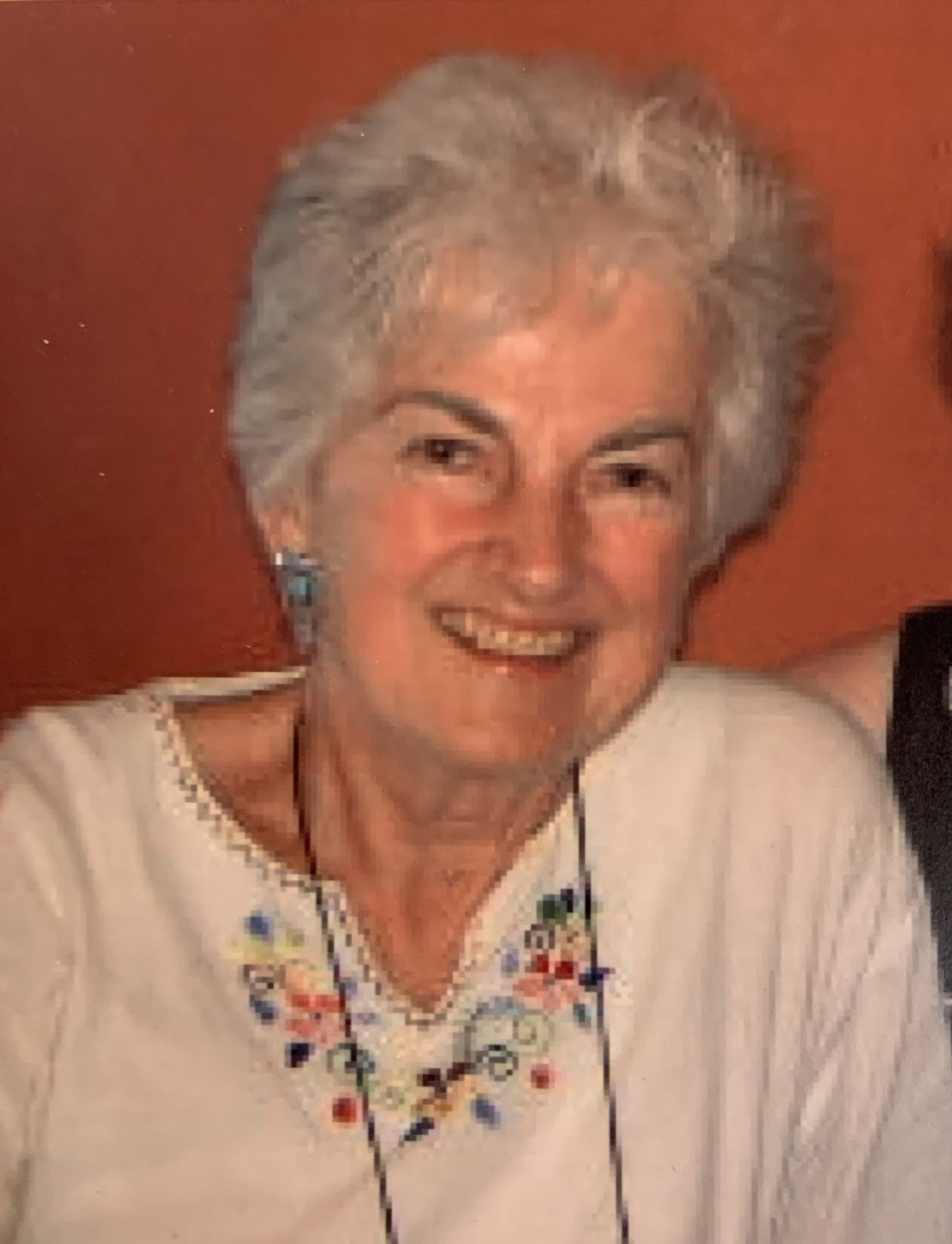 Patricia Eileen Schaub, a resident of Redondo Beach passed away quietly at the age of 84 in Redondo Beach, CA. She was born to George and Mary Yaeger in Long Beach, CA, when gasoline was just 10 cents a gallon. She had a younger sister Rosalie Ann (1939-2008).

Patricia loved the logic and challenge of numbers, but also enjoyed art and music, playing violin into her college years. She attended Holy Family Girls High School (Glendale), where she obtained a scholarship to Mt. St. Mary’s College in Los Angeles, and graduated with a Bachelor of Science in mathematics in 1955.

Upon graduating, she was hired at STL (Space Technology Lab) in El Segundo, CA where she worked as a mathematician, performing the functions of a “human calculator” for space science research. It’s here that she met Stanley Raymond Schaub (1930 – ), brought together through her infamous cheesecake. That sealed the deal, and the two were married in 1960. They both had a passion for refurbishing houses (which they did locally, in Manhattan Beach), and loved the idea of traveling and living in a variety of places.

Her sons David and Erik were born in California, while her third son Christopher was born in Brussels, Belgium, where her real travel experiences began in 1968. Patricia led the family adventures through Europe and Scandinavia in a VW pop-top camper over summers and school-year weekends. Patricia strongly supported all of her children’s endeavors, helping with school and homework no matter how tedious or complicated. She diligently stood behind her children through former education stages, and provided all chances to succeed with higher education as well. In the evenings without fail, she made sure the family spent time together at the dinner table, enjoying her international culinary delights.

Patricia lived her life to the fullest, and never passed on a single school event or opportunity for more travel explorations with her family. She always managed to make things fall into place – in ways not obvious to the rest of her family.

Patricia was known for her deep Catholic faith, and her love and connection to friends that she remained in contact with throughout her life.

She was an intentional and loving homemaker, first in Belgium, then in Luxembourg until her youngest graduated from high school in 1986. Family and friends are still in awe that she was able to tolerate the terror of three boys… especially her three boys.

With her children grown, she and her husband moved onto a boat (“Easy Street”) for their next adventure. Together they lived and traveled on the Mediterranean and canals of France, finally settling in the north of Spain, where they lived until 2015.

Patricia returned to the South Bay in 2015 to address a growing number of health issues. She overcame one obstacle after the next, and intended to conquer it all so that she could return to her home in Spain. The family affectionately referred to her as the “Iron Lady,” in part for her unstoppable spirit, and in part for her multiple parts (a pair of metal hips, a shoulder, a heart valve, and numerous pins, rods, and screws that held her together). She was determined to keep going against all odds and get back to life, as she knew it.

Unfortunately, those odds overcame her on February 27, 2021. We are deeply saddened by the loss.

A service in Patricia’s honor will be held at St. James Catholic Church in Redondo Beach in April, 2021. Please contact the family for more information.