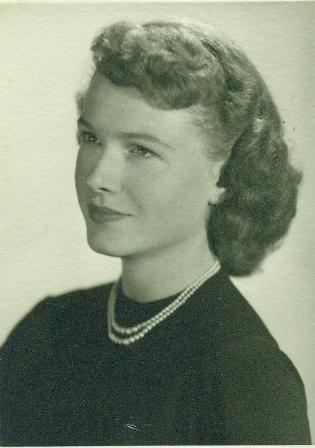 Brubaker, Patricia, a life-long resident of the South Bay, passed away on Wednesday September 24, 2014 in Torrance, CA. Born in Los Angeles, CA on February 6, 1929 to the late Ruth and Frank O'Conner, Patricia was 85. Patricia graduated from UCLA, class of 1950 with a B.A. and taught in the Los Angeles City school system for a number of years .In 1952 she married Ralph H. Brubaker. Patricia was a long time member of Alpha Chi Omega and P.E.O. and was active in a number of charitable organizations including the Telephone Pioneers and the Crippled Children's Society of Los Angeles. Her interests were many including cooking, sewing and her garden .In later years she traveled extensively to Hawaii, Australia and Mexico. She is survived by sons, John Brubaker of Lomita, CA , Richard Brubaker of Torrance , CA ; half-brother Curtis Brubaker of Monarch Beach , CA; niece , nephew and cousins .She was predeceased by her husband , Ralph in 2003. A Memorial Service will be held on Wednesday October 15, 2014 at 1pm at Rice Mortuary Chapel in Torrance, CA. A gathering of family and friends will follow in the Rice Lighthouse Reception Room until 4pm. Donations may be made in Pat's name to P.E.O. Chapter H or to a charity of your choice.