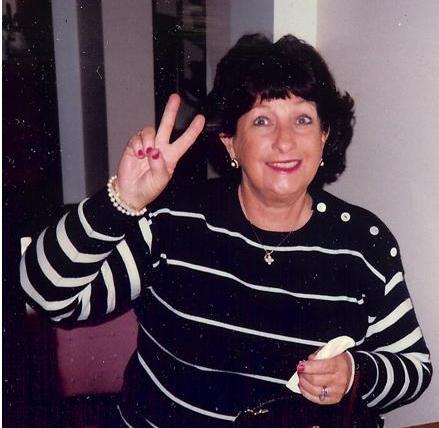 Patricia Ann McDonald "Patti", a Los Angeles native, passed away on Monday, February 2, 2015 in Rancho Mirage, California. She was born to Dalton Wright and Antoinette Murray on March 31, 1933. Patti grew up in Sherman Oaks where she was a student at Carpenter Avenue Grammar School, St. Ambrose, Hollywood and Corvallis High School. She attended the University of Southern California, graduating in 1954 with a Bachelor of Arts in Television. It was at USC where she met her husband, Daniel Slattery McDonald. They were married in 1955 and blessed to have celebrated their 59th wedding anniversary last December. It was also at USC where Patti's Trojan loyalty led to sixty years of volunteering. Patti was an honored recipient of the USC Widney Alumni House Award. She served as President of the Trojan Guild of Los Angeles 1980-81, Trojan League of South Bay 2000-02 and the South Bay Alumna Panhellenic Association. She was a member and/or served on the boards of USC Town and Gown, Alumnae Coordinating Council, Association of Trojan League, Cardinal and Gold, Alpha Gamma Delta Sorority, USC University Hospital Guild and the Keck School of Medicine. Patti also worked at the USC Alumni House and USC's Office of Oceanographic Associates in Development. Shortly after being married, Patti and Danny moved to Manhattan Beach, California where they lived for 45 years and raised their family of four children. Patti and Danny loved spending summers at the beach with family and friends and enjoyed following the two-man beach volleyball circuit from Laguna to Santa Monica. They belonged to the Manhattan Beach Badminton Club and were involved with the club's juniors program. Patti enjoyed the holidays, and among her favorites was the 4th of July when every year she would throw a festive celebration. Patti had a zest for life and a natural curiosity. She was an avid reader, creative in the kitchen and always game for a good debate. Patti was proud of her eleven grandchildren who affectionately called her "Mappy". A central theme in Patti's life was giving back to her community. She was involved with Little Company of Mary Hospital – Mary Potter and Company, San Pedro Peninsula Cancer Guild, Sandpipers, Manhattan Beach Fine Arts, PTA - Manhattan Beach Schools. Upon moving to the desert, she continued her local involvement through the Coachella Valley Alumnae Panhellenic, Trojan League Associates of the Desert and Muses. A wonderful wife, mother, grandmother, friend and cancer survivor, Patti leaves behind a myriad of indelible memories for many. Fight On! Patricia is survived by her husband Daniel; sister Margaret Wright Fauquier "Peggy"; daughters Tracy McDonald Phillips (Tom) and their two children, Carson and Dalton and Kelly McDonald Rouse (John), and their two children Katherine and Spencer; sons Kevin McDonald (Kristy) and their five children, Troy, Lauren, Molly, Shannon and Bridget and Sean McDonald (Shannon) and their two children, Patrick and Claire. A funeral mass will be held at American Martyrs Church, 624 15th Street, Manhattan Beach on Friday, February 13, 2015, at 10:00 a.m.. In lieu of flowers, donations in her name are being accepted at Trojan Guild of Los Angeles attn.: Jolene Irwin 15152 Mayberry Circle Westminster, CA 92683 and USC Trojan Marching Band 837 Downey Way STO-B Los Angeles, CA 90089-1141.