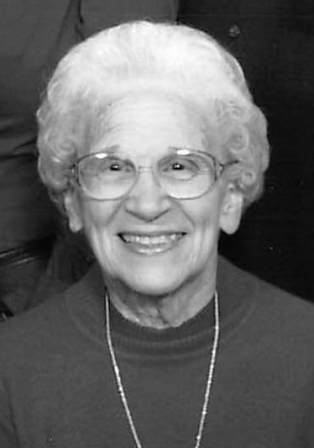 Olive “Babe” Violet Norberg A resident of the South Bay since 1950, Babe passed away quietly at home at the age of 94 on Tuesday, August 22, 2017. Born in Hoquiam, Washington in 1923 to Nicola and Mikela Sutlovich. Babe graduated from Hoquiam High School in 1941 and moved to join her family in San Pedro. Following WWII, she moved back to live with her sister in Hoquiam. It was there that she met the love of her life, Sixten “Swede” Norberg. Babe and Swede were married in 1950 and moved to California to raise a family. Babe loved family gatherings, cooking, china painting, crocheting, their Big Bear cabin, her children and grandchildren. She is survived by daughter Nancy (Gilbert) Orabuena; son David (Diane) Norberg; grandchildren Christy (Richard) Cimmento, Bryan (Jen) Orabuena, Jason (Alicia) Orabuena, Brian (Brittany) Bradley; great grandchildren Collin, Cierra, Mikaela, Abygail, Harland, Kyran, Olivia and Kaitlyn; sister in law Vilma Sutlovich, and numerous nieces and nephews. A Funeral Mass will be held at St. James Church on Thursday, August 31, 2017 at 10:00 am. Burial will be at Green Hills Memorial Park in Rancho Palos Verdes.