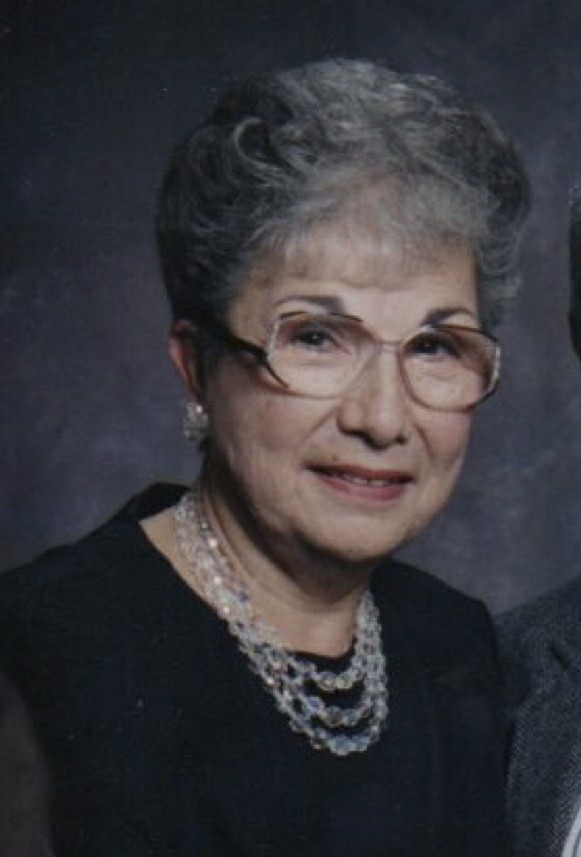 Olga Helen Eredia passed away at home in La Mirada, CA on August 20, 2017 surrounded by family, at the age of 92. She was born on October 1, 1924 in Los Angeles to Enrique (Henry) and Rufugio (Ruth Valenzuela) Camou and was the second of seven children. In her early years Olga was raised in Inglewood, California and during her high school years, the family moved to Torrance, California where she graduated from Torrance High School in June of 1942. In 1947 she married Ralph Eredia and they were together for 67 years until his passing in 2015. They raised five children. For over three decades Olga worked at Harbor-UCLA Medical Center until her retirement in 1993. After her retirement, she continued to keep active by volunteering for the Meals on Wheels program, working out at Veteran’s park in Carson and taking care of family. She had many other interests such as traveling, dancing, swimming, reading, watching sports (Los Angeles Dodgers), watching soap operas and never can we forget getting her hair and nails done faithfully. Olga leaves her son Julian Almaraz of Mooresville, NC; Teri McArthur (Evan) of Medford, OR; Armida Sharp (Randy) of Long Beach, CA; Michelle Johnson of Carson, CA; her twelve grandchildren, fourteen great grandchildren and four great-great grandchildren. Her siblings George and Virginia Camou, many nieces, nephews and extended family, also survive her. Her husband Ralph Eredia, son Ralphie Eredia, daughter-in-law Sharon Almaraz, brothers Hank, Clem, Charlie and Richard Camou, preceded Olga in death. A gathering of family and friends will be held at Rice Mortuary in Torrance on Tuesday, September 12, 2017 at 11 am. In lieu of flowers, contributions in her memory can be made to the charity of your choice.