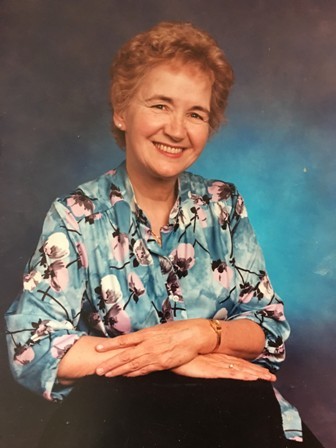 O'Ray Lillian Davis, a 63 year resident of Torrance, went to be with the Lord on May 24, 2016. She is survived by her sister Doreen Bakanoff, two sons, granddaughter and two great-grandchildren. Born in Memphis, Tennessee on March 29, 1926 to Oro and Olga Baxter, O'Ray was the third of four children. She traveled as a young girl to live with relatives in New York where she graduated from Baldwin High School, O'Ray was one of 30 girls chosen from throughout the United States and Canada to receive a four year college scholarship from Johns-Manville Company. She graduated with a Bachelor's Degree in Economics from Lake Forest College in Illinois. She then traveled to the West Coast for work where she met her husband Francis "Al" Davis at a bowling event in the San Francisco Bay area. They were married in Salem, Oregon on August 18, 1951 and shortly thereafter moved to Torrance, California in 1953. They were blessed with two sons- Wayne and Scott -both of whom attended West High School. O'Ray had an affinity for working with numbers that served her well while working as an accountant and later as the controller for Harbor Regional Center in Torrance until she retired at age 69. She enjoyed listening to all kinds of music, going to the theater, and traveling to far off places like London, Australia, Mexico and the South Seas. She was an avid bowler and competed in a league play for over 50 years. She enjoyed spending time with her granddaughter, Nicole and her two great grandchildren, Natalie and Landon. A selfless, brave, intelligent and loving mother, wife and grandmother, O'Ray will always be remembered for her servant heart, her compassion, her smile, her kindness, and her enduringly optimistic outlook on life. A memorial service will take place on Tuesday, June 7th at 10AM at Pacific Crest Cemetery in Redondo Beach.