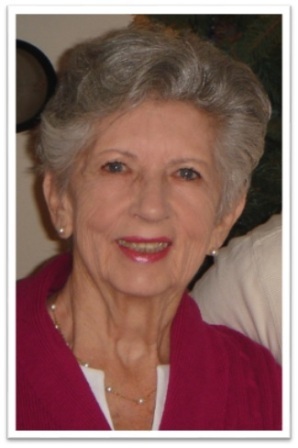 Nina May Derby, longtime resident of Rancho Palos Verdes and a dedicated employee of the Palos Verdes Peninsula Unified School District for more than three decades, has died after a brief illness. She was 83. A native of California, Nina was born in Los Angeles in 1932, the daughter of Thomas Payne Miller and Frances Rosalie Phillips Miller. She worked for the Special Education Department at PVPUSD for nearly 32 years, retiring in 2008. In her youth, Nina was a member of the Hollywood Beverly Christian Church. After graduating from University High School in West Los Angeles, she worked for the William Morris Talent Agency. While raising her family, she supported the Palos Verdes Peninsula Coordinating Council and was 'Camp Mother' for her daughters' Girl Scout Troops. Known for her hearty laugh and a knack for comical character impersonations, she will be dearly missed by her close circle of friends of over 40 years with whom she enjoyed spending Thursday lunches as well as annual trips to Las Vegas and Super Bowl Sunday parties. Among her fondest memories were summer trips to Hawaii and to her mother's home in Lake Hughes, CA; attending four spectacular events at the 1984 Los Angeles Olympics with her daughters; and the marriage of her oldest daughter Dianne to the wonderful Kevan Garrett, who became affectionately known in the family as the honorary "fourth Derby girl." Nina was preceded in death by her husband Norman in 1987 and her daughter Dianne in 2005. She is survived by daughter Carolyn Derby of Memphis, Tennessee; son-in-law Kevan Garrett of Benicia, CA; niece Debbie (Jones) Walsh of Rio Vista, CA; and nephews Tom Miller of Los Angeles and John Miller of Beijing, China. In lieu of flowers, donations can be sent to the American Cancer Society.