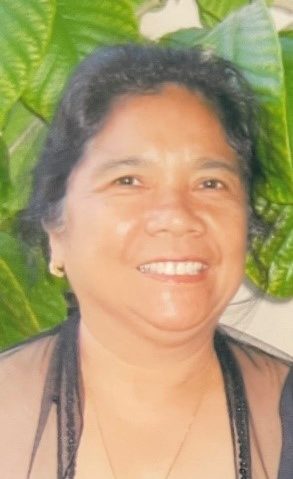 Nilda Pastrana Felina beloved wife, mother and grandmother passed away in Gardena, California on November 15, 2020 at the age of 77. She was born on August 20, 1943 in Kalibo, Aklan, Philippines to Fil Sucgang Pastrana and Luz Melgarejo Pastrana. She received her bachelor degree in education from the University of Manila, and worked as a circulation librarian at CSU Dominguez Hills until she retired. While in Agana, Guam, she met and married Mariano B. Felina in 1965. They were married for 52 years.