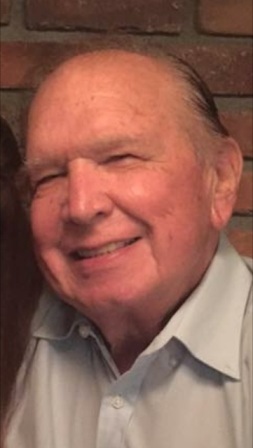 Our beloved Nicholas (Nick) Penque (81) a resident of Torrance for 59 years went to be with The Lord God in Heaven on April 24, 2016. He passed away peacefully in his sleep. He was born on September 28, 1934 to Jerry and Rita Penque and raised in Niagara Falls, NY. He grew up with his sister Geri Penque. He married his one and only true love, Rosemarie Cesari, on September 9, 1953. He worked for Bell Aircraft in New York until 1957 when they moved to Southern California for a career with Hughes Aircraft Company. One of his most notable accomplishments was at Hughes Aircraft where he designed the Communications Satellite and shared a patent with Hughes, so whenever you see "Via Satellite" on TV, that was because of Nick Penque. He was an Engineer/Senior Member of the Technical Staff at Hughes in the Communications Satellite Division, a pilot, and a veteran of the U.S. Air Force and U.S. Air National Guard Reserves. Nick was a loving, caring, husband, father, uncle, grandfather, great-grandfather and friend to many. His first love in his life was Jazz. He was an accomplished musician who played the trumpet. He loved attending Jazz concerts every week at the Lighthouse Café in Hermosa Beach, and spending time with family. He is survived by his daughter, Dawn (Kevin) Artinger of Rolling Hills Estates, CA; daughter, Sheree Penque of Chicago, IL; son, Ronald Penque of Westminster, CO; and daughter, Deb (Rob) Adams of Cape Cod, MA; three grandchildren, Nicole (Matthew) Mazzella-Leuck of Chicago, IL; Christopher Mazzella of Cape Cod, MA; Amanda (Tyler) Meek of Jacksonville, FL; three great-grandchildren, Devin (6), Juliet (3), and Taylor (1) of Jacksonville, FL. He was preceded in death by his parents, Jerry and Rita Penque, his beloved wife of 58 years, Rosemarie; and his sister, Geri Flinn. The memorial service and celebration of his life will be held at Rice Mortuary in Torrance, CA on Sunday, May 1, 2016 at 2pm followed by a reception at the same location until 5:00pm. In lieu of flowers, donations may be made to the American Diabetes Association, St. Jude's Hospital, or the charity of your choice.