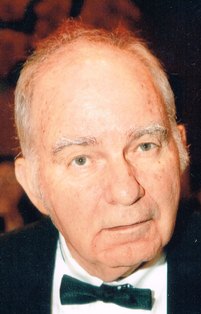 Nicholas Gus Wallace was born October 7, 1934 in Detroit, Michigan to Gus and Angela Wallace. Following a long illness, he passed away August 18, 2012 in Torrance, CA. With his family, Nick moved to San Diego in 1947 and became involved in tennis which was a life-long activity for him. Nick was on the Tennis team for La Jolla High School 1948-1952, and at UC Berkeley where he received his degree in business in 1957. He was also on the army tennis team while stationed at Fort Belvoir, MD from 1957-1959. Nick served as secretary on the parish council of St. Spyridon Greek Orthodox Church in San Diego and was active at St. Katherine Greek Orthodox Church in Redondo Beach. Joining AHEPA in 1962, he was always an enthusiastic member and participant. He served as the San Fernando Valley (68-71) and South Bay (74 - 80) Chapter President, in addition to District 20 Governor (72-73). Through AHEPA, Nick was instrumental in starting up the Sons of Pericles South Bay youth program and leading them as advisor for many years. He also championed youth scholarship efforts and opened his home to the youth club for their many events. In 1985, he became a member of the South Torrance Lions Club. He will be remembered for his great sense of humor, his willingness to please, and the fact that he was a gentle soul. Nicholas was preceded in death by his wife Isabel. He is survived by his sisters Marion Demos (William) and Irene Mylonas (Evangelos). His nieces and nephews include Chrissy Meisterheim (Jeff), Tina Mylonas, George Demos, Gus Demos, Angela Halpin (Jim), and Christina Frangos (John). His six grand-nieces and nephews include William, Nicholas, Dillon, Mariana, Chrysanthe and Andreana. A Trisagion Service will be held for Nick on August 21 at 6:00 p.m., followed by the Funeral Service on August 22 at 10:00 a.m. Both services will be held at St. Katherine Greek Orthodox Church, 722 Knob Hill Avenue, Redondo Beach, CA. In lieu of flowers, donations may be made to AHEPA which will go to support the AHEPA Charitable Foundation's mission to feed the hungry. Please mail to St. Katherine's address above.