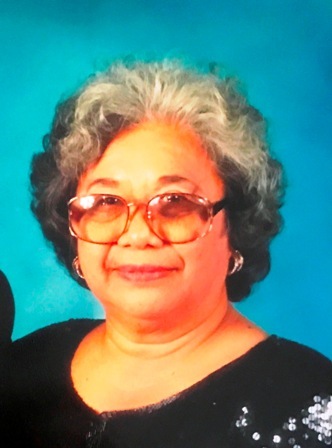 Celebrating the Life of Nellie Ferraris Mationg Nellie Ferraris Mationg was born on March 16, 1931 in Barotac Nuevo, Philippines, one of two daughters of Pete and Iluminada Guion. In 1946, she moved to the United States to live with her father and attend high school in Arroyo Grande, California. She subsequently attended Los Angeles City College and Eastern Michigan University. Through the years, she worked as an Administrator and as an Office Manager for several insurance companies until she retired. In May 1955, she married Manuel Mationg and they had three children: Yolanda Raymundo (George), Leticia Lee (Doug), and Howard. Nellie is survived by her three children, four grandsons Timothy Lee, Daniel Lee, Matthew Raymundo, and Jonathan Lee, and two great grandchildren, Aiden Lee and Tyler Lee. She is also survived by her sister Corazon and numerous cousins, nieces, and nephews. Nellie was an active member of the Sampaguita Women's Circle, the Kahirup International Association, and the Barotac Nuevo Scholarship Association. In 1991, Nellie and Manuel were honored as Most Outstanding Parents of the Year by the Builder Lions Club of Los Angeles. Nellie enjoyed gardening, visiting the Indian casinos, cooking and baking, playing with her dog Charlie, and most of all spending time with her children and grandchildren. Nellie entered into rest on January 11, 2017.