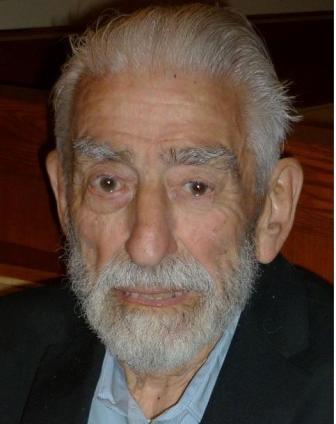 Neko D. Colevins (June 13, 1923 - February 23, 2015) Neko was born and raised in Atlanta, Georgia. His parents immigrated from Greece to America in the early 1900's. Neko's father died when he was very young. His single mother raised her family of five during the Great Depression. During these rough times his family owned and operated a community store and sold to a clientele of all races and religions. As a result, his family suffered cross burnings on their property. Neko lied about his age to enlist in the Army during WWII and was in the Battle of the Bulge-European Theatre. He also served on the Nuremberg trials. After the war he traveled the world working primarily for the Associated Press. In the early 1960's Neko moved to California where he worked as a color photography technician. He worked with many Hollywood celebrities on their portfolios as well as many other projects. A series of Neko's color photos can now be seen in the Smithsonian in Washington, DC. Neko and his business partner purchased and maintained several properties in the Venice area of Los Angeles where he resided most of his life. As a lover of the arts Neko was one of the founders of the Venice Art and Street Fair. His love of the outdoors led him hiking and climbing mountains all over the world including the Himalaya's. He was a staunch conservationist and a member of the Sierra Club. Orthodox Christianity and his Greek roots were a constant in Neko's life. He tried his hand in iconography and traveled to Russia, Turkey, and Greece to study the art. He was well versed in his beliefs and was a member of St. Sophia Greek Orthodox Church in Los Angeles, Joy of All Sorrow Orthodox Church in Culver City, and St Katherine Greek Orthodox Church in Redondo Beach. In his years at St Katherine he was involved in many aspects of the church as well as encouraging St Katherine's ministry for disadvantaged and runaway youth. In 2011 Neko was honored at a dinner at Loyola Marymount University for his unwavering support of the Greek community. Neko loved his church, Greece, art, music, books, cooking, gardening, and traveling the world. He maintained a close relationship with his cousins and other relatives. He is proceeded in death by his siblings Constantine, Peter, George, and Ann. He is survived by his nieces: Annells and Helen Colevins; Constance Colevins-Tumlin; and Vanessa Lentz; nephews Chris Clanton; cousins Taso Dimitracopoulos and Taso Manos; and many friends. Service will be held at 11:00 Thursday, the 26th at St. Katherine's Greek Orthodox church with burial to follow at Green Hills.