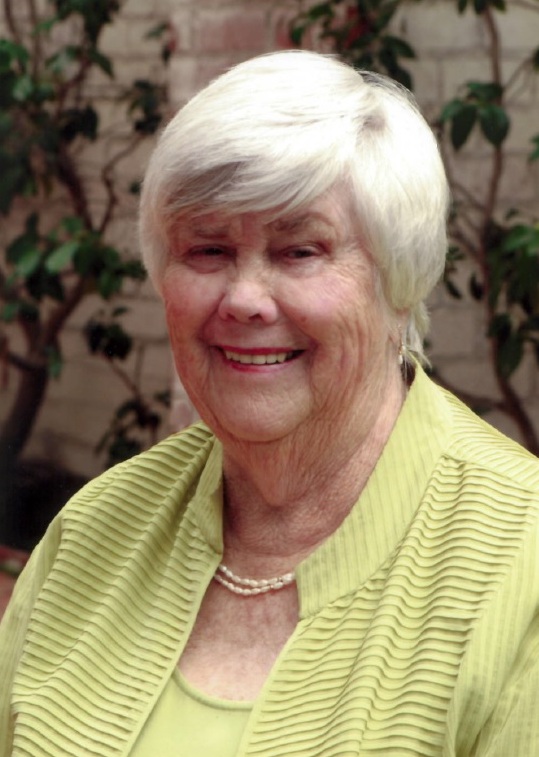 Nancy Jean (Martin) Jacobsmeyer, 92, a long-time resident of the South Bay, passed away peacefully on February 12. Born in Los Angeles on December 11, 1926 to Charles and Caroline Martin, Nancy spent her entire life in Southern California. Following her graduation from Dorsey High School, she attended her beloved University of Southern California, where she was an active member in her Alpha Chi Omega sorority, both during college and as an alumna. She began her teaching career in Los Angeles before moving to Manhattan Beach, where she put aside teaching to be a mother to Carol, Steve, and Mark. Moving to the Hollywood Riviera in the early 1950’s, Nancy would live in the same house with the beautiful view for more than 60 years. She went back to teaching in the Torrance Unified School District, mostly at Riviera Elementary School where, at one time, she taught Kindergarten alongside her sister, Margaret Davies. Even after retiring, Mrs. J, as she would be known to her students, became one of Torrance’s favorite substitute teachers, working in the district until she was 80. Nancy was blessed with many life-long friends, including those of her children, with whom she enjoyed entertaining, playing bridge and cribbage, and volunteering. She was deeply involved in Sandpipers and her church, and took great pleasure in helping others. She also loved to travel, driving her children around the country on several family vacations, and taking each of her grandchildren on a trip of their choice when they turned 10. A diehard USC Trojan football fan and Los Angeles Angels supporter, Nancy would invariably have her television tuned in to some kind of sports event, whether it be baseball, football, tennis, golf, or the Olympics. She enjoyed attending her kids’ baseball and football games, and later those of her grandchildren and great grandchildren. When she wasn’t watching sports, Nancy was an avid reader, a trait she instilled in her children and her students. Family was of the utmost importance to Nancy and she hosted many dinners and 4th of July parties which became annual highlights for both family and friends. For decades, she made the trip to Riverside for Christmas Eve and Easter celebrations with the Jacobsmeyer clan, returning to Redondo to spend the remainder of the holiday time with the Martin side of the family. Nancy is survived by Carol (Bill) Murin, Steve (Pam) Jacobsmeyer, and Mark Jacobsmeyer; grandchildren Chris (Erin) Murin, Kelly (Ryan) Kelly, Courtney (Devan) Cress, Kurt (Kelsey) Murin, Ryan Jacobsmeyer, Danny (Megan) Jacobsmeyer, and Dayna Roelfs; great grandchildren Paige and Collin Kelly, Charlie and Callahan Cress, Nathaniel (Pristine), Bailey Jacobsmeyer, and Samantha Pierce; and great great grandchildren Emma and Lily Jacobsmeyer. Aunt Nancy is also survived by numerous loving nieces and nephews. A Funeral Mass will be celebrated at 10:00 AM on March 7, St. Francis Episcopal Church, 2200 Via Rosa, Palos Verdes Estates. A private burial ceremony will follow on Friday. In lieu of flowers, donations can be made to the St. Francis Outreach Scholarship Fund (SFOSF) in memory of Nancy Jacobsmeyer.