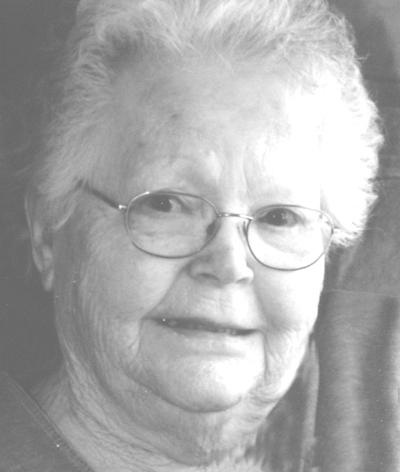 Nadine Grace "Scooter" Skaff Passed into the care of our heavenly father on October 22, 2013 at home of natural causes at the age of 95. Scooter was born in Coldwater, Kansas on June 8, 1918 to Albert "Sparky" and Cora Spencer. Her family moved to Hawthorne when she was a young child. She married the love of her life, William Skaff, in 1938. Together they had two daughters and built a successful life with hard work and love of family. The most important thing in Scooter's life was her family. Scooter was the matriarch of five generations and the last of her generation. She is survived by daughters Sharon Skaff of Hawthorne, Jenipher (Steve) Bach of Thousand Palms; granddaughters Stephanie Jones of Thousand Palms and Lisa (Leo) Bach-Bohler of Palm Springs; great grandsons Davin Jones and Brian Jones; and great great grandson Keegan Jones, as well as a large loving extended family of many nieces and nephews. She was preceded in death by husband William and sister Claudia "Tookie" Ashburn. The Prayers of Mercy will be held at St. Nicholas Orthodox Cathedral in Los Angeles on Monday October 28, 2013 at 7:00 pm followed by the funeral service also at St. Nicholas on Tuesday, October 29, 2013 at 11:00. Interment will be at Inglewood Park Cemetery. In lieu of flowers, donations may be made to John Wayne Cancer Institute or Kiwanis Club of Hawthorne in her name.