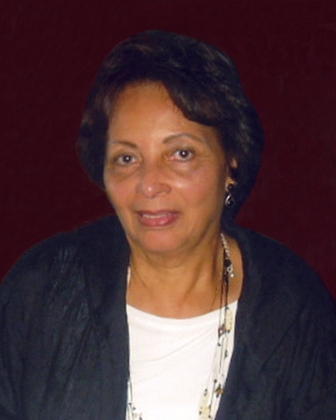 Muriel Carter Haynie was born September 21, 1943 in Los Angeles, California to Adam Douglas Carter and Susie Mae Jackson Carter. She was the youngest child to this union, and was often referred to as “Daddy’s Little Girl”. She was welcomed into the family by her two older brothers, Kenneth Douglas and Ronald Levi whom she simply adored all of their lives. Both brothers preceded her in death. Muriel joined and was baptized at Macedonia Baptist Church at an early age under the pastorate of Reverend S.O.J. Evans. She was active in the Youth Usher Board and Choir. She attended elementary school in Los Angeles, California and middle school in Compton, California. She attended and graduated from Compton High School where she was active in many high school activities. After high school, she was employed in a clerical position at the Northrop Corporation where she expressed an interest in something more glamorous. One afternoon during her lunch break, she decided to apply for a position at United Airlines, unbeknownst to her father who would not have agreed with her decision. In the early 1960s, she ultimately was hired by United Airlines as one of the first “Black Stewardess’”, which we now refer to as Flight Attendants. During her career as a Flight Attendant, she worked hard but took time to play hard during her many years of extensive travel throughout the world. In later years, she met, fell in love with, and married Leslie (Lee) Haynie Senior. They enjoyed a beautiful life together before his illness and passing. She was employed with United Airlines for over 35 years before her retirement. Muriel lived a lush life. She leaves to mourn: two step-sons, Michael Haynie and Leslie Haynie Junior; her four nieces and three nephews, Pamela, Arlette (Sterling), Bridgette (Terry), and Ronette (Justin); nine great nieces and nephews, Donnetta, Ron (Mishale), Emily, James, Emile, Tiera, Briyanna, and Aleese; her great-great nieces and nephews, her God Children, her extended family and many loving friends. In lieu of flowers the family requests donations be made to the American Heart Association In Memory of Muriel C. Haynie you may donate by calling (800) 242-8721.