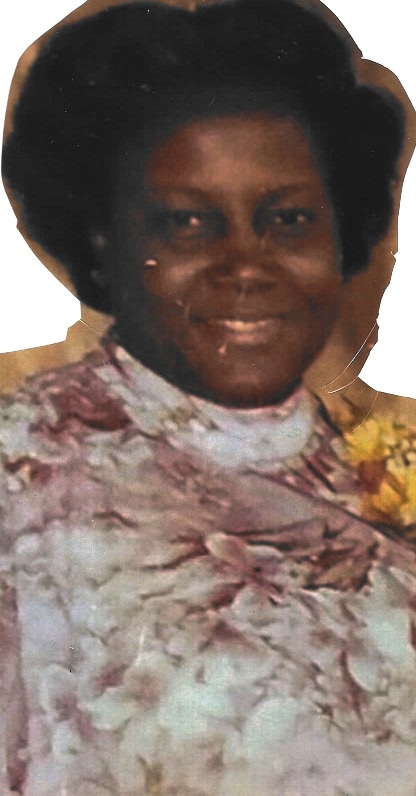 Millie Brooks Carter McCord passed away on August 2, 2020 at Jasmine Terrace Rest Home in Pasadena, California. Family members had been by her side, so she left us knowing she was loved.

She was born May 15, 1932 in Tyler, Alabama as Nancy Carter, but eight days later the family changed her name to Millie Brooks Davis Carter. Millie grew up in Selma, Alabama and attended public schools. She lived on a farm with her cousin Amelia Bell, whom she used to call “Pretty Girl” and her husband, Harry. This is where she said she learned to drive a tractor.

She married Roosevelt McCord in 1949. Their daughters Betty Mae and Dottie T. were born in Alabama. In 1952 they left for California and settled in Los Angeles, in the neighborhood of City Terrace. There she had seven more children. She was a stay at home mother, while Roosevelt worked at the post office. She later worked at the Broadway Department Stores.

Millie got to see Alabama again when she and her eldest son Roosevelt Jr. visited her cousin’s farm in 1974. The famous Edmund Pettus Bridge that led to Montgomery, was located near the farm.

Millie was such a special woman. She always made sure there was delicious food to eat. She was so busy in the kitchen; she often would say, “Stay out of the kitchen!” She made so many favorites from corn bread and chili mac to peach cobbler, banana pudding and sweet potato pie. It’s a shame that we never got any of her recipes.

Millie was a strong woman who commanded respect. She was dependable and consistent as well as nurturing. Such as when she would take Dottie to the library every week to check out books and then buy her treats.

Millie McCord’s viewing will be on Monday August 17, 2020 at Lighthouse Memorial in Inglewood, California. We are grateful for Deidric Brown and his staff for helping us with accommodations during these challenging Covid-19 times.

Millie’s final resting place will be at Inglewood Park Cemetery in the Garden of Chimes (Crypt 20, Tier 7) located at 720 E. Florence Avenue, Inglewood California on August 18, 2020.