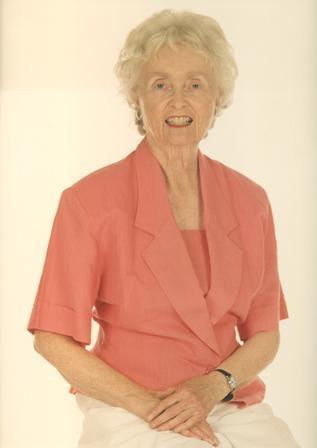 Mildred White Anderson, a longtime resident of Manhattan Beach, CA, passed away on Friday, June 19, 2015 in Hermosa Beach, CA at the age of 92. Mildred was born in Berkeley, CA on September 28, 1922, married Frederick W. Anderson on April 4, 1946 and had two daughters Susan and Noreene. Mildred was an active member of the Manhattan Beach Community Church and participated in the adult activity groups. She attended high school in the Berkeley, CA area and completed an associate of arts degree at University of California, Berkeley in 1943, attended Iowa State University in mechanical engineering from 1944-45 and remained a member of the Society of Women Engineers during her career. Mildred Anderson worked as an assistant to the editor of King Publications, San Francisco, in 1945 followed by a job as an assistant to the traffic engineer at General Telephone, Santa Monica, from 1948—1949. She subsequently worked as a mathematician at the Space Technology Laboratory, El Segundo, 1957—1960 then as a technical illustrator for the Aerospace Laboratory, 1960—1961. Mildred continued working as a writer after 1961 and published inspirational short articles and illustrations for magazines. Mildred was one of the founders of the South Bay Free Clinic and the founder, president, and chairman of the board of the Manhattan Beach Senior Housing Foundation, from 1983—1993. She is the author of a number of articles and short stories, a producer and host of the cable-television program, Senior Lifestyle during the period of 1990-1993. After 1993, Mildred completed certification as a therapeutic touch therapist and developed an active private practice. Her contributions and civic accomplishments have been recognized widely in the community. For her community activities, she received the Certificate of Recognition from the Beach Cities Council on Aging in 1978. She received the Community Service award from the County Los Angeles Committee of Aging in 1979. Mildred received the Outstanding Senior Citizens Leadership award from the City of Los Angeles in 1992. The Soroptimist International of Manhattan Beach gave her the Women of Distinction award in 1995 and the City of Manhattan Beach gave her a commendation entitled Certified for Extraordinary Citizenship. She is survived by her daughter Susan D. Cohen; her grandson Aaron E. Cohen; her great grandson Eli A. Cohen; her sister Barbara White Browne; her niece Lois DeGeus and her nephew, Robert Menker. Preceded in death by her husband Fred and her daughter Noreene R. Anderson. A graveside service will be held at Pacific Crest Cemetery, Saturday, June 27, 2015 at 10:00 am. In lieu of flowers, donations may be made to Enrichment Through Employment, 1840 W. 220th St., Suite 310, Torrance, CA 90501, Phone: (310) 328-0706; Web site: http://www.ete-torrance.org.