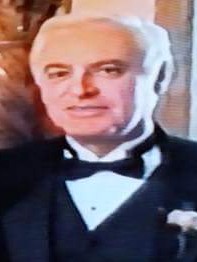 Mike George Michel, 83, passed away on December 20, 2017 following a recent diagnosis case of cancer. Mike went peacefully in the presence of close family and will be remembered as a loving father to his three sons, Paupou to his grandchildren, great friend to many, and a generous man that always put others before himself. Mike was born May 21, 1934, in Seattle, Washington to George (Chios, Greece) and Kiriaki Michel (Marmara, Greece). Mike was a graduate of the Franklin HS, class of 1952 and attended the University of Washington and the University of Southern California where he studied Mechanical Engineering and International Marketing. Mike was a member of CHI PSI fraternity. On February 20, 1965, he was united in marriage to Rena Lee Michel, at Greek Orthodox Church of the Assumption, Seattle Washington. The couple moved to Toronto, Canada for the next four years where their first son (George Michel) was born in 1968. Mike thriving business career next landed him and Rena in the beautiful town of Greenwich Connecticut, where both of their next two sons were born (Peter Michel, 1972) and (Sam Michel, 1975). Mike and Rena then settled mid-1975 making their home on the beautiful Palos Verdes Peninsula, California. Mikes business career spanned well over 50 years with his swift rise in the industrial pump and manufacturing sector where he spent his first 27 years as an Executive Vice President with Byron Jackson Pumps, Borg-Warner Corp overseeing all of Canada (1968), then Eastern US (1972) and finally settling down in Los Angeles (1975). He continued his craft in sales, design and engineering at YCC Technologies, along with his close partner and friend Sang Choo, all the way up until his passing. Mike is preceded in death by his wife Rena; survived by his three children, George and Lisa Michel, Peter Michel, Samuel and Cheri Michel; his grandchildren, Simon Kerr, Alexa Michel, Lukas Michel and Matthew Michel; nieces and nephew, Cynthia (Husband Gordon) Chabot, George and Stephanie Martinson - children to Mary and Patrick Martinson (both deceased). Rena’s siblings, Betty Jo and Dick Swarick, Larry and Sherry Barr, David Barr; nephews Ryan Swarick, Tylan Barr, nieces Banjettenshawn Botcher-Barr and Taylana Barr; and numerous other friends and family who will all miss him dearly. Relatives and friends are welcome to join the family, Tuesday, December 26, 2017 at the Rice Mortuary, 5310 Torrance Boulevard, Torrance, CA 90503, from 5:00 p.m. until 9:00 p.m. for viewing, including a 6:00 p.m. Trisagion prayer services and eulogy. Funeral services will be held at 10:00 am Wednesday, December 27, 2017 at the St. Katherine’s Greek Orthodox Church, 722 Knob Avenue, Redondo Beach, CA 90277. Father Michael K. Courey, Pastor of St. Katherine’s Greek Orthodox Church, will officiate. The services will be followed by Internment in Green Hills Cemetery in Rancho Palos Verdes, California. The family would like to thank the many medical staff of Torrance Memorial, The gracious and The Caring House staff an volunteers at The Caring House hospice. In lieu of flowers, the Michel Family requests your gift, in his Memory, be sent to the following: v The Caring House v St. Katherine’s Greek Orthodox Church