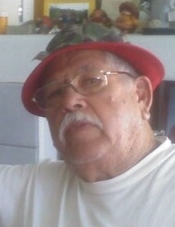 Miguel Angel Terrazas, an 18 year resident of Bullhead City, AZ, passed away on Thursday, April 5, 2012. Born in Durango, MX, Miguel was 82 when he passed. Miguel and his family emigrated from Mexico to California in 1956, where he began his career in the aerospace industry at California Aviatron. He went on to work at Hughes Aircraft for 13 years in the Radar Division. Miguel is survived by wife of 62 years, Enriqueta Terrazas, son, Ricardo, daughters, Rosa and Sylvia, 10 grandchildren and 10 great-grandchildren. A gathering will be held on April 13 and 14.