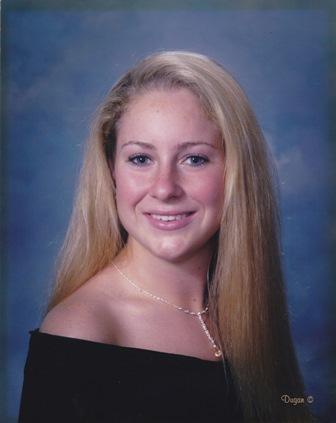 Michelle Lynn Dye January 26, 1988 - March 17, 2013 Michelle Lynn Dye, a 25 year resident of Hawthorne, passed away on March 17, 2013. Michelle was born in Harbor City and lived her entire life in Hawthorne, California. Michelle attended Wiseburn Elementary Schools and later graduated from El Segundo High School. Michelle played many years of AYSO Soccer. She was a quick and aggressive player who wasn't afraid to mix it up with larger players. Michelle also played Aviation Little League Softball. Michelle developed a talent for art and design projects while taking art classes in High School. She drew a great picture of her grandfather from a picture and made an artful colorful figurine of Papa Smurf. After High School, Michelle worked as a pre-school aide and vitamin store sales consultant. Michelle attended El Camino College and was working towards completing classes so she could eventually enter their nursing program. Michelle had a very caring and compassionate heart. Several years ago she rescued a small cat (later named Swisher) from a downtown Los Angeles alley and brought him home to live with her family. Michelle also adored her family dog Cali. Cali always got so excited when Michelle would arrive home. Michelle is survived by her parents, John and Sandra Dye, of Hawthorne, a brother, John, of Hawthorne, and a brother, Brian, of Las Vegas, grandmother, Patricia Cochrane of Hawthorne and many other aunts, uncles, and cousins. Michelle's grandparents John and Lucille Dye and grandfather, Donald Cochrane of Fort Lauderdale, Florida, preceded her in death. A Celebration of Life service will be held on Saturday, April 27, 2013, at 2pm at the Calvary Presbyterian Church, 13560 Hawthorne Bl. Hawthorne, Ca. 90250.