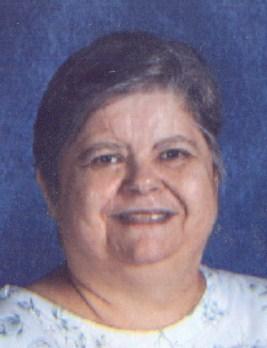 Michele M. Raines The Lord took Michele home on Tuesday, February 14, 2012. She was born on May 3, 1951 to Daniel and Kay Holland in Van Nuys, CA. Survived by mother Kay Holland, brothers Joe and Greg Holland, husband Lawrence Raines and two sons, Glenn and Jason, nieces Mary Kay, Laurie, Robin, Shirley Anderson, Robin Ann Raines and nephews Joey Holland and Robbie Raines. Michele was raised in Rim Forest and graduated from Rim of the World High School in 1969. She attended El Camino College where she earned an Associate of Arts Degree. She later attended California State University of Long Beach where she met her future husband. She was married for 37 years. Michele's mastery of English and compassion earned her a position at Harbor Foundation. She also worked at the Harbor Occupational Center. Michele's quick recall memory and attention to detail earned her the position of Office Tech at San Pedro High from 1996 until 2011. Her selfless demeanor made for positive outcomes in many situations in life. Michele attended Faith Center in Glendale, CA. She was deeply influenced by the attitude of the upward look and the messages of biblical faith. She was a loving and devoted mother and wife. She always put the needs of others before her own and will be greatly missed by all who knew her. Our prayers and thoughts are with her as she was healed in Heaven. The viewing will occur on Wednesday, February 22, 2012 from 4:00 to 8:00 P.M. The memorial service will be held on Thursday, February 23, 2012 from 2:00 P.M. to 3:00 P.M. with a reception to follow. Both will be held at Rice Mortuary which is located at 5310 Torrance Boulevard, Torrance, CA 90503.