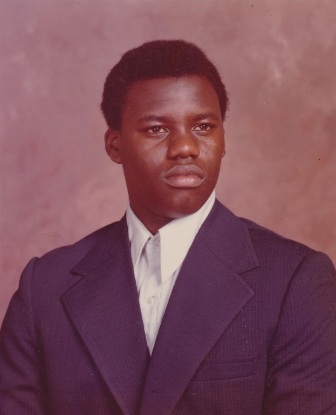 Michael Wayne Phillips was born to Leon and Juanita Phillips on September 5th, 1958, in Los Angeles, CA. He was the first of seven children: three sons and four daughters. Under the guidance of his parents, Michael came to Christ at an early age and attended Church of God, Evening Light Saints, Los Angeles. He spent many of his younger years in Bakersfield, CA. Surrounded by uncles, aunts, and cousins, Michael spent time on his uncles' farms where he developed a love of animals. Michael raised horses, bred rabbits, and trained birds. His love of birds continued well into adulthood. Throughout his life, Michael raised pigeons and was especially fascinated with "Roller Pigeons", pigeons with the ability to repeatedly flip in mid-air. Later in life, as he finally caught up to the digital age, Michael could be found perusing YouTube videos in search of these flipping pigeons Michael attended Washington High School as well as Verdugo Hill's High School where he played football as a fullback and defensive lineman. He was described by his coaches as an "outstanding athlete" with "tremendous spirit and an excellent attitude", who garnered a healthy respect from his team mates. Michael was also known to be a quick, fast, and extremely strong player. Shortly after high school graduation, Michael moved to Bakersfield, CA where he was introduced to BenEece Davis. BenEece became and remained the love of his life. The two married in February 1979. At that time, Michael was employed by the Retail Clerks Union at Safeway, Lucky's and Gelson's. Always a hard worker, he later took a job at Tenneco West where he broke several production records. At home, Michael and BenEece quickly started their family. Together they nurtured their seven children – five girls and two boys - and grew proud of their children's individual accomplishments. While raising his family in the mid 1980s, Michael happily decided to go to work for Phillips Trucking, a family business, where he was proud to work alongside his father Leon and brother Durwin. During his 15+ years at Phillips Trucking he became known by many by his radio handle "Big Mike". Even after his beleaguered heart brought on his early retirement, the trucking moniker remained. In his mid 30s, Michael was diagnosed with Congestive Heart Failure that he lived with and managed for most of his life. As a result, he transitioned from the trucking industry, and came to work closely with his sister Phoebe, in her interior design business. The truck driver, turned "interior designer", found delight in this social, creative, and colorful new world. In the last several years of his life Michael suffered from the ravaging effects of Multiple Myeloma, a cancer that attacks the bone marrow and blood cells. He was diagnosed with the disease in the last few weeks of his life. The belated diagnosis, which left the cancer untreated, ultimately caused his death on October 3, 2015. Michael Wayne Phillips is preceded in death by his father, Leon Phillips and sister, Phoebe Phillips. He leaves to cherish his homegoing five daughters: Shayla Phillips-McPherson (and her husband Raymond), JenEece Michele, Taylr Alexis, Amethyst Erienne, and Mychael Waine' Phillips, as well as two sons Phaul Niclaus Davis and Aaraunn Leviticus Wesleon Phillips. He is also survived by his once wife of 32 years, BenEece Davis-Phillips and two granddaughters, J'marki and J'mesyn McPherson; his mother, Juanita Phillips; three sisters, Sheri Francisco (and her husband Wendell), Zena and Nyece Phillips; and two brothers, Durwin and Paul Phillips, among a host of other aunts, uncles, cousins, relatives and friends.