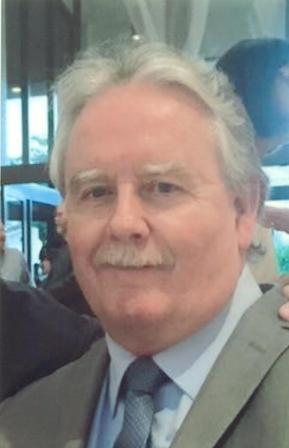 Michael Walter Geary Born March 31, 1950, Michael passed away at home April 16, 2016 after a short, aggressive battle with lung cancer. He is survived by his wife Debbie, his 2 daughters Lauren Geary and Lisa Miller, Lisa's husband Robert Miller, and two precious grandchildren Emma and Ashton Miller. Debbie and Michael, high school sweethearts, have been married 43 years. Michael was born in Hawthorne, California. He had two brothers and two sisters: David Geary (deceased) of Orland, Christine Otts of Simi Valley, Thomas Geary of Fresno, and Lynne Katz of Pleasanton. Mike was an uncle to 17 and a great-uncle to 19 nieces and nephews. Michael started working at Marineland of the Pacific at the young age of 15, followed by working at Hollywood Race Track, and finishing his career at Santa Anita as Operations Manager before his retirement in 1992. Being a male in a house full of women had its challenges for Michael, but he loved every minute of his time with his family. Their favorite family activity was camping. They had a favorite camping spot in Kings Canyon. Luckily, they were able to take the entire family in 2015. By sharing their special spot with their grand daughter Emma for the first time, Michael was able to pass on his love of nature and camping to the next generation.