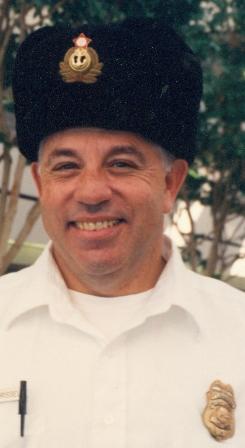 Michael Ryan Drissel Following a difficult one-year battle with recurring pneumonia brought on by a stroke, Mike Drissel passed away peacefully on March 12, 2013, with his family at his bedside. Mike was born on April 14, 1944 in Los Angeles. He joined the US Marine Corps soon after graduating from George Washington High School. Mike served honorably with the USMC as a fire fighter; his last year was in Vietnam in the crash crew. For the past 34 years, Mike served as a Fire Prevention Officer at Hughes and Raytheon. He was also involved with training others on hazardous waste fires, CPR and first aid classes, including travel to Ukraine and Russia to educate various contractors on these same safety issues. Mike will always be remembered for his forthrightness, unique laugh and sense of humor. He was a devoted family man who was compassionate, generous, and loving; and will be missed dearly by his family and friends. He loved the outdoors, especially off-roading with his family. He is survived by his son, Paul (Shawn) of Redondo Beach; grandchildren, Robert and Megan; brother, Donald (Kathy) of Seal Beach; and sister-in-law, Margaret Gage of Sherman Oaks. He was preceded in death by his wife Darlene, and parents Ruth and Al Starling. In lieu of flowers, memorials in his memory to humanesociety.org would be appreciated. Friday, March 29, will be the memorial service at Rice Mortuary in Torrance followed by a dinner reception in Rice's Lighthouse Reception Room. Saturday, March 30 will be the military burial service at Inglewood Park Cemetery at 2:00pm.