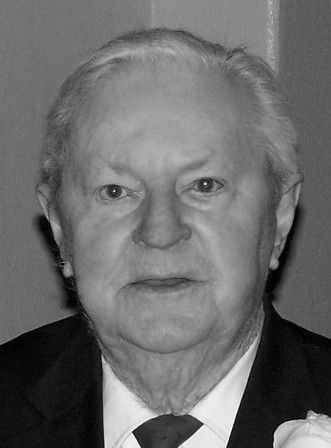 Michael Robert "Silky" O'Sullivan, 88, lifelong resident of the South Bay passed away June 24th at his home in Redondo Beach. Born in 1925 to Michael and May O'Sullivan in "Rural" Redondo, he grew up at the family dairy farms in Redondo Beach and El Segundo. He attended RUHS and El Segundo High School where he was drafted into the Navy in the middle of his senior year. He served aboard the aircraft carrier USS Sitkoh Bay in the Pacific during World War II. After returning from the Navy, he received his high school diploma from Redondo Union High School. With the exception of the time in the Navy, he lived in the South Bay his entire life. He is predeceased by his wife of 53 years Mary Ann (Osenbaugh) whom he met at the St. James Catholic Church Compostela Club, and eight siblings; Dermott, Charles, Mary Jane, James, Mary Jane, Richard, and James, and Nora Humting all of who were born and raised in the South Bay. He is survived by his six children: Charles O'Sullivan, Patty Mintun (Fred), and Jean Marzolino of Redondo Beach, Mary Kay Daley (Mike) of Torrance, Peggie Boyett (Jerry) of Lake Fork, Idaho, and Michael O'Sullivan (Laura) of Seal Beach. He was blessed with 15 grandchildren Joline, Bonnie, Chris, Max, Jennifer, Jeffrey, Jaime, Trisha, Colleen, Brian, Stephen, Joanne, Jill, Rachel, and Jeremy and 15 great-grandchildren. Within a few years of getting out of the Navy, Mike began working at the Mobil Oil Refinery in Torrance, retiring in 1985 after 33 years. Proud that he never had to work more than 4 miles from his home in Redondo Beach, his truck had a bumper sticker that read "There is no life East of Crenshaw." During his years at Mobil, he was active in the Oil Chemical and Atomic workers union (OCAW), including serving as President for a few years.In 1963, he ran for Redondo Beach City Council advocating maintaining the height limit on houses in Redondo Beach which would have prevented building the high rise condominiums along the beach front (he lost!). In the 1970's, he served on the Redondo Beach Parks & Recreation Committee, including time as Chairman. Mike was also campaign manager for long time former Redondo Beach Mayor Bill Czuleger. After retirement, he served on the "Volunteers in Policing" (VIP) program in Redondo Beach. With a small group of others, he was a founding member of the South Redondo Little League where they built the field and buildings, later serving as league President. He also coached and umpired for many years in both Little League and Pony League. In the late 1960's and early 70's, he was a soccer referee (AYSO and High School). He was a lifetime member of St. James Catholic Church in Redondo Beach and attended St. James School, and was a member of the American Legion, and Moose Lodge. A longtime Notre Dame Fighting Irish fan, everyone knew he would hang up on you if you called during the Notre Dame football game! Mike was a loving husband and loyal friend, always willing to help. He served the community and was a dedicated father who never missed important events. The family wishes to extend their gratitude for all the love and support of friends and family. Rosary and Visitation will be held at Rice Mortuary, June 27 from 5 - 9pm and a Funeral Mass will be offered, Friday, June 28 at 10am, St. James Church, Redondo Beach, reception to follow.