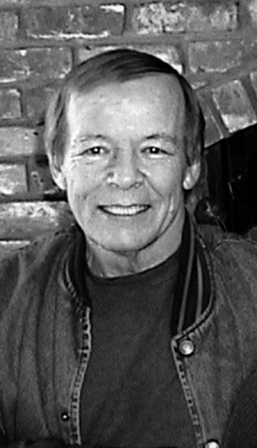 MICHAEL LEE PROCTOR 1941 – 2014 Michael Lee Proctor went peacefully to be with the Lord at his home in Torrance, CA on February 15, 2014 after 57 years with Juvenile Diabetes. He was born on August 11, 1941 to Louis and Christine Proctor in Atlanta, Georgia. He grew up in Manhattan Beach graduating from Mira Costa High School in 1959. He worked in sales management at May Company South Bay where he met his wife Lydia Lynch. They were married on April 22, 1967. He worked for Lynch Rooing, Atlantic PaciÃ¯Â¬Âc, and PaciÃ¯Â¬Âc Supply before retiring in 2000. Michael was a very athletic man. He excelled in various sports including baseball, bowling, and golf, where he even made a hole-in-one! He blessed many with his talent as an artist. He created an impressive collection of beautiful oil paintings and preserved memories for many with his video DVDs. He is preceded in death by his mother and father, as well as his brothers Brad, Jeffery, and Patrick. He is survived by his wife Lydia; son Andy Proctor (Jennifer); daughter Susan Proctor; brother Ken Proctor (Becky); sister-in-law Barbara (wife of Brad); and four grandchildren, Dylan, Toby, Elyse, and Charley; and many friends and family. Being the wonderful son, husband, father, grandfather, brother, and friend, he will be greatly missed by all who were blessed to know him. A memorial service will be held on Monday, February 24, 2014 at 2:00pm at Rice Mortuary, Torrance.