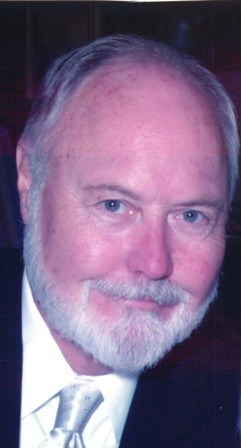 Michael John Devine was born on January 23, 1944 to Frances Viola and Ambrose William Devine in LaCrosse, Wisconsin. Michael moved to California at the age of nineteen. There he found and married the love of his life, Rosalie Pirone on November 3, 1984. In 1983 Michael and Rosalie founded Michael J. Devine and Associates. Their business focused on selling wine and spirits to the airlines, cruise lines and duty free industries. Today, 32 years later, Michael J. Devine and Associates is the largest supplier of wines and spirits to these industries. Furthermore, Michael and Rosalie built a business with a staff, customers and suppliers who are considered part of the Devine family. With his gracious hospitality, Michael will be remembered as a master host. His jokes and storytelling, complete with perfect accents, are legendary. He and Rosalie frequently threw open the doors of their lovely home entertaining with great joy and a warm welcoming spirit. Michael's great love of people extended to his travels abroad. Although Italy and France were his favorites, Michael and Rosalie gathered lasting friendships in all corners of the world. They cruised extensively with family and friends. Although he loved his beach sunsets, Michael never lost his enthusiasm for the Green Bay Packers and his hero, Bart Starr, whom he once met. At the top of his favorite's list was Ro's delectable gourmet cooking. His list also included a great glass of wine, a well-appointed Dodger dog and In and Out burgers. He was a man of varied tastes. Michael is survived by his beloved Rosalie, his brother, Joseph Devine (Sandra) of Spring Grove, Illinois and two devoted sons, John Devine (Paula) of Lighthouse Point, Florida and David Devine (Shandalar) of Redondo Beach. Among the great joys of Michael's life were his very special grandchildren Dylan, Kelyn, Michael and Dominic. A vigil Mass celebrated by Rev Msgr. John F. Barry, P.A., will be held at 7 PM, Friday, February 20th at American Martyrs Church in Manhattan Beach. A further celebration of Michael's life will take place at the Manhattan Beach Country Club on Saturday February 21st. Burial will be private. The Devine family asks that in lieu of flowers, donations may be made to Autism Speaks or the American Heart Association.